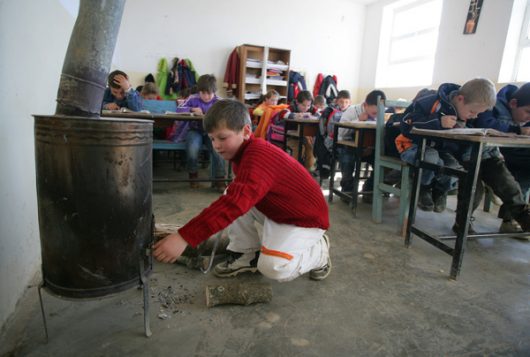 Education in Albania is a work in progress. In the past decade, Albania has partnered with UNICEF and the World Bank in order to ensure higher quality education, efficient education spending and more accessible schooling.

After the fall of communism in Albania in 1990, a reorganization plan was announced regarding education in Albania. The government wanted to expand compulsory education and revamp curriculums. However, Albania faced economic and social problems in the following years that would make the occurrence of educational difficult.

Despite these challenges, education in Albania is slowly improving. According to UNICEF, between 2002 and 2008 the percentage of Albanians living below the poverty line dropped from 25.4 percent to 12.4 percent.

The Albanian government has put in an effort to improve its education system and increase schooling access. In 2008, Albania increased its compulsory schooling to nine years. Additionally, Albania increased teachers’ salaries by 14 percent and the Ministry of Education, partnering with UNICEF, launched a program that would provide child-friendly school frameworks.

Experts believe that Albania needs to work on efficient education spending while also increasing the overall quality of schools. The World Bank has praised education in Albania for focusing more on pre-primary education in contrast to other countries in the region, however, disparities still persist, especially for low-income groups.

For example, UNICEF found that about 74 percent of families living in poverty are unable to afford school books, making education accessibility difficult for those living in poor conditions.

Prime Minister Edi Rama agrees with the World Bank and UNICEF, stating, “We are working in very close cooperation with the World Bank, other international institutions, and EU, within the framework of the Western Balkans Initiative, to include education sector in their programs, so that we can ensure increased financing for education.”

With the help of organizations like the World Bank and UNICEF, education in Albania will undergo positive changes, which will ultimately strengthen Albania’s global product and service markets.