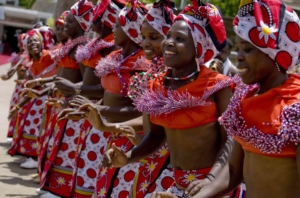 The HIV/AIDS epidemic in Africa affects adolescent girls more than any other group within the population. As a public health response, a new approach for the elimination of HIV in Kenya emerged which addresses the gender and economic inequality that aid in spreading the disease. This new approach is related to female empowerment eliminating HIV in Kenya with new effective methods.

Kenya is home to the world’s third-largest HIV epidemic. Kenya’s diverse population of 39 million encompasses an estimate of 42 ethnic tribes, with most people living in urban areas. Research shows that about 1.5 million, or 7.1 percent of Kenya’s population live with HIV. The first reported cases of the disease in Kenya were reported by the World Health Organization between 1983 to 1985. During that time, many global health organizations increased their efforts to spread awareness about prevention methods for the disease and gave antiretroviral therapy (ART) to those who were already infected with the disease. In the 1990s, the rise of the HIV infected population in Kenya had risen to 100,000 which led to the development of the National AIDS Control Council. The elimination of HIV in Kenya then became a priority for every global health organization.

The health care system in Kenya is a referral system of hospitals, health clinics, and dispensaries that extends from Nairobi to rural areas. There are only about 7,000 physicians in total that work within the public and private sector of Kenya’s health care system. As the population increases and the HIV epidemic intensifies, it creates more strenuous conditions for most of the population in Kenya to get the healthcare they desperately need. It is estimated that more than 53 percent of people living with HIV in Kenya are uninformed of their HIV status.

In addition, HIV disproportionately affects women and young people. After an initiative implemented by UNAIDS in 2013 to eliminate mother-to-child transmission of HIV through increased access to sex education and contraceptives, significantly fewer children are born with HIV. Today, 61 percent of children with HIV are receiving treatment. However, the young women (ages 15-24) in Kenya are still twice as likely to be infected with HIV as men their age. Overall HIV rates are continuing to decrease for other groups within the population, but studies show that 74 percent of new HIV cases in Kenya continue to be adolescent girls.

Women’s empowerment is an overarching theme for the reasons that HIV is heavily impacting the young women in Kenya. A woman’s security in the idea that she is able to dictate personal choices for herself has the ability to hinder or help her well-being.
Female empowerment eliminating HIV in Kenya uses these four common conditions to eliminate HIV:

Young women in Kenya face various obstacles in order to live a healthy life, and poverty acts as a comprehensive factor. Studies show that a lack of limited job opportunities leads to an increase in high-risk behavior. Transactional sex becomes increasingly common for women under these conditions, while they also become more at risk for sexual violence. An estimated 29.3 percent of female sex workers in Kenya live with HIV.

The most practical solution to tackling the elimination of HIV in Kenya combines HIV prevention with economic empowerment for young girls. The Global Fund to fight AIDS, Tuberculosis and Malaria is an organization that has worked hard at implementing strategies, and interventions across Africa that highlight women’s access to job opportunities and education. In 10 different countries in Africa (including Kenya), young women can attend interventions in which they learn about small business loans, vocational training and entrepreneurship training. One way that more women in Kenya are able to gain control over their financial resources is by receiving village saving loans. To participate in village saving loans it requires a group of 20-30 to make deposits into a group fund each week. Women within these groups can access small loans, which enables them to increase their financial skills while gaining economic independence. The Global Fund to fight AIDS has cultivated a space for numerous empowerment groups for young women out of school called the RISE Young Women Club. The young women in these clubs often live in poverty and receive HIV testing as well as sexual health education.

Overall, the global health programs that aid in the elimination of HIV in Kenya are continuously improving their strategies by including young women in poverty. The HIV/AIDS epidemic in Kenya steadily sees progress thanks to the collective efforts of programs that empower young women.