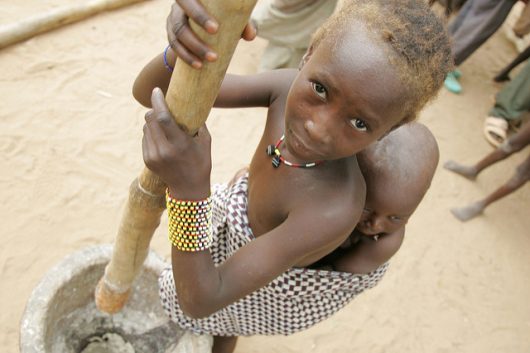 Niger is one of the least developed countries in the world, ranking last out of 187 countries on the Human Development Index. Education in Niger is affected by the country’s struggling economy.

With a gross national income of just $641 per capita, roughly 60 percent of Niger‘s population lives under the poverty line. One of the many causes for the country’s poverty is a high birth rate. As more children are born, more food is needed, but as more food is needed the area of arable land shrinks. Food becomes a daily difficulty for families and other necessities are overshadowed, including education.

Niger’s population is 70 percent illiterate and the average length of time a student is enrolled in a school is only one year. Fortunately, this situation has not been overlooked as the Nigerien government and other global organizations have come to the table with several programs and other plans to address this issue.

This cooperation led to the involvement of the U.S. Agency for International Development and the development of the Niger Education and Community Strengthening (NECS) program. The goal of this program is to improve educational opportunities for children while fostering links between the state and local communities. NECS is to be implanted in 150 villages across the seven regions of Niger.

The government has also implemented an education and training sector plan that began in 2014 and will go through 2024. The plan outlines the priorities for education in Niger:

Children are still more often forced to work rather than attend school. This is especially true during harvest periods and in the northern regions of the country where nomadic children have no access to school at all. To further increase literacy and education in Niger, schooling has been made compulsory for children seven to 15 years of age. However, attendance rates remain low, particularly for girls.

There are no complete and detailed statistics that showcase the number of schools, colleges, universities, teachers and students in the country. However, this data is not necessary to understand that education in Niger is still fundamentally lacking. Through the prudent programs and priorities of the Nigerien government, and from the help of global partners, education in Niger is certainly on its way to development.