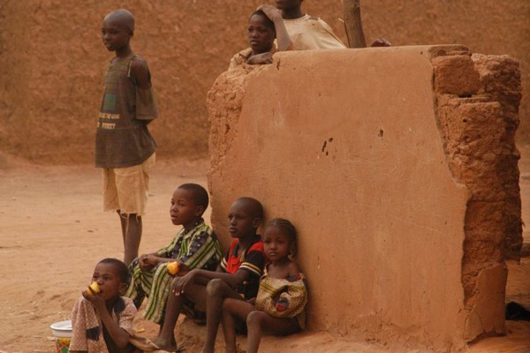 Niger, an African country located on the edge of the Sahara, is known as one of the poorest countries in the world. With a growing population of 16.6 million people, over 45 percent of citizens live under the international poverty line. Some causes of poverty in Niger are the high birth rate, the major and minor droughts that effect agricultural and economic growth, and the outward effects of the conflict involving the militant Islamist group Boko Haram.

Main Causes of Poverty in Niger

High Birth Rate
Niger has a literacy rate of only 19.1 percent and 42.2 percent of children under five suffer from malnutrition. With the highest birth rate in the world – about 7.4 births per woman – the growing population makes it difficult to feed and educate families.

Droughts
Niger’s economy is based mostly in agriculture, which makes up for 36.5 percent of its GDP. When external shocks due to climate occur, it leads to both food and job shortages. For example, Niger has been struck by three major droughts within the last two decades, all causing major food shortages, an increase in food prices and fewer available jobs. The last major drought from 2010 still has Niger recovering from its effects.

Organizations like the World Food Programme (WFP) are implementing measures to help combat the underlying causes of poverty in Niger. Through WFP, communities are learning about environmental rehabilitation programs, agricultural recovery programs and emergency preparedness programs, so that they can better understand how to alleviate poverty.

Boko Haram
In 2015, about 750 troops were deployed to Nigeria to help fight off the militant Islamist group Boko Haram. During this time, over 115,000 people were displaced and sought refuge within Niger, causing a greater imbalance within the already flawed economy.

Over the last two years, Niger has been involved in fighting Boko Haram; their involvement – notably their violent and controlling ways – has disrupted economic development within the country as well as created fears of food shortages.

While the outlook seems grim for Niger, the new president of Nigeria has been implementing new solutions to help ward off Boko Haram. Through the creation of the Multinational Joint Task Force to strengthen the region, as well as a loan from World Bank, there is some hope to restore economic stability in the area.

The causes of poverty in Niger range from social, economic and political issues regarding population growth, unstable weather and social conflict. While all of this creates an economically unstable country and negatively affects its people, there is help from surrounding countries and organizations to help put Niger back on its feet.