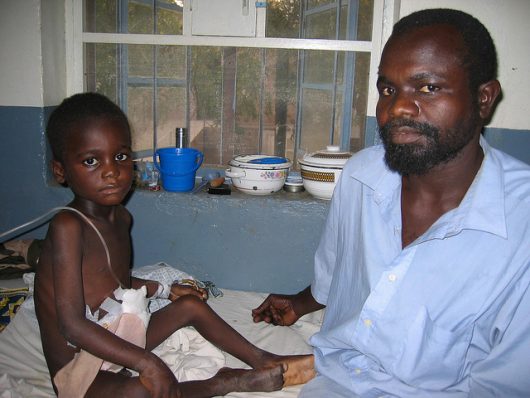 Receiving its independence from France in 1960, Niger’s young history as a true nation state is riddled with political insecurity. A landlocked west-African country largely covered by the Sahara desert, it struggles routinely with various health issues directly related to both its government’s own instability and the general militaristic instability in the region.

The latter has increased significantly with the rise of Boko Haram and an influx of refugees from Mali and northern Nigeria in particular. The most common diseases in Niger are shared by many of its regional neighbors; consequently, any disease outbreak is of immense concern due to its probable potential for growth not just within Niger, but the nations surrounding it.

The increasing threat of waterborne common diseases in Niger, such as cholera and diarrheal infections, is clearly tied to population shifts in the Lake Chad area. Such shifts are a result of regional instability as refugees and migrants flow across the borders, with some 150,000 living in makeshift and unsanitary conditions in the southeastern Diffa region of Niger.

Though UNICEF and partners are active in the region in an effort to educate about practical prevention, such as handwashing, and to provide sanitary services, such as clean water access, their funding is inadequate for the task; only 20 percent of their necessary funding has been met.

The Diffa region is also seeing Hepatitis E outbreaks as a result of its location in the Lake Chad crisis area. Porous borders due to refugee flow have increased the risk of Hepatitis E diffusion into other parts of the region, making the outbreak a severe concern, although its mortality rate has currently been contained to 9.7 percent. The WHO is actively working to educate about practical prevention techniques and is closely monitoring the situation in the hopes of inhibiting its diffusion into other parts of the Lake Chad crisis area.

With a mortality rate of 20 percent, Rift Valley Fever (RVF) is another of the most common diseases in Niger and a high-priority concern for the Nigerien people. A virus spread among people and livestock, more than 59 percent of those affected are stockbreeders, although it is also heavily affecting those simply living along livestock travel routes as well.

Its economic backlash is compounded by the dual loss of both citizens that would have engaged in the economic system and the livestock which would serve as income generators. Consequently, more research is being conducted as to how the virus affects animals in particular in an effort to mitigate the significant economic losses accompanied by human-animal deaths.

An outbreak of a virtually unprecedented strain of meningococcal meningitis, called serogroup C, has ravaged Niger in recent years, arising in 2015. Due to the strain’s historical rarity, vaccine supplies have been insufficient to meet the needs of the outbreak.

Nonetheless, vaccine campaigns targeting children have dropped fatality from 11 percent to 7 percent. The situation is concerning but seemingly contained, which is heartening as a major concern was its spread to other nations in Africa’s meningitis belt.

The vast majority of Niger’s topography is desert, with only the southern 20 percent being a savannah suitable for agriculture and living. As a result, malaria is largely confined to this southern portion of the nation. Fifty-three percent of the population lives in an area of high malarial transmission. Despite this, less than 1 percent of the more than two million reported cases result in death, thanks to internationally funded government programs which focus on both prevention via insecticides and treatment via antimalarials.

The most common diseases in Niger are of large concern due to their implications for the unstable region as a whole. Such diseases are either augmented by regional instability, or of even higher concern due to potential transmission to other nations as a result of regional instability. Essentially, then, Niger’s health problems are not confined to its borders and extend to its region on the whole, particularly the Lake Chad area. Consequently, the WHO and other health organizations have a strong interest in monitoring health fluctuations so as to protect the region altogether.