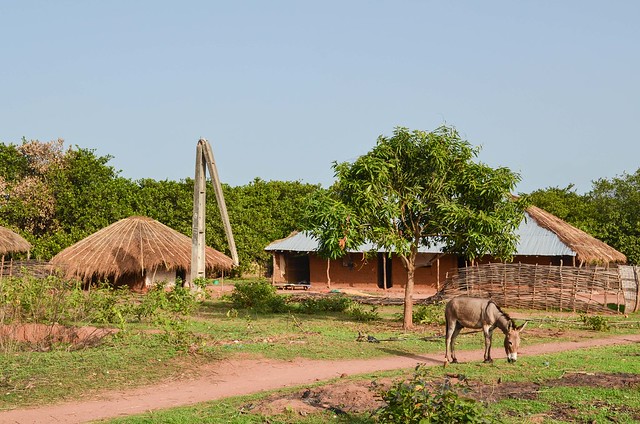 Guinea-Bissau is a small West African country with a poverty rate of more than 60 percent. Poor infrastructure and a stagnant business climate fostered a reliance on its main income producer, subsistence farming. Despite this, its GDP growth rate has remained fairly high. Real GDP growth rate in 2017 was 5.9 percent, one of the highest in Africa. Though a recession increased debt and caused Guinea-Bissau to seek assistance from the International Monetary Fund (IMF), the country has slowly rebounded. The nation stands to benefit from a diversified economy.

Current State of the Economy

Guinea-Bissau consistently ranks among the top 10 poorest countries in the world. About 80 percent of the population works in agriculture, while industry and services make up the remaining workforce. As is typical for a developing country, many residents rely on subsistence farming. Cashew production is an important export and source of income for Bissau-Guineans, making up more than 80 percent of income. Economic diversification in Guinea-Bissau could add jobs, begin infrastructure developments and lead to further investment in health and education.

In a visit to Guinea-Bissau in January of this year, an IMF team led by Tobia Rasmussen discussed the importance of favorable cashew prices and production. “Ensuring a transparent and competitive cashew marketing season will be critical,” stated Rasmussen. Cashew production and pricing are important to most Bissau-Guineans. The issue, as with most developing countries, is an over-reliance on the agriculture industry.

Although economic diversification in Guinea-Bissau could be partially achieved by emphasizing crops other than cashews, there would still be a more widespread effect by focusing on services and other industries that have been left untapped. Further investment in the agriculture industry, such as through equipment and green technology, could also provide some relief to poverty-stricken residents.

Guinea-Bissau lacks strong energy infrastructure and general infrastructure. Adding roads, bridges, railways, ports, hospitals and schools are examples of infrastructure developments that don’t just benefit the native population. Both tourists hoping to visit and business people interested in investing in a country that has the potential for growth stand to benefit, as well. Mineral resources, such as phosphates, mineral sands, bauxite, diamond and gold all are untapped. There are currently only small-scale mining of construction materials, such as clay, granite and limestone. Further development, as well as additional funding by the government in infrastructure, would provide a suitable foundation for the basis of a developed country. Infrastructure, such as roadways, is a necessary beginning to a developing economy. To demonstrate the current state of roadways in the country, only 10 percent of the national road network is tarred.

Only 21 percent of the population has electricity. There are also no telephone lines. Opening investment to the energy sector, especially to external corporations, is often foundational for further development. Current President of Guinea-Bissau Jose Mario Vaz has promised to reduce poverty and drug trafficking, both of which are rampant. At the 73rd United Nations Assembly President Vaz stated he wished to “eradicate poverty and hunger, combat major endemic diseases, as well as guarantee education and potable water for all.”

The key location of the country is often overlooked. Guinea-Bissau is a western port of Africa that enables it to be a strategic location for trade. Fishing is usually grouped with the agriculture industry but could become a new income source for the 60 percent of Bissau-Guineans in poverty. Advancements in fishing, such as sonar technology that allows the user to find fish, is one example that provides simple and modern solutions to poor countries.

China is a major investor in Africa and has announced it would invest more than $60 billion to help developing countries. One way it achieves this is through investment in infrastructure. China has built Guinea-Bissau’s parliament building, a government palace and a national stadium. The most economical investment China has made for Guinea-Bissau is its $184 million investment in a 30-kilowatt biomass power plant. The partnership is a major step in providing electricity to its residents while also adding to economic diversification in Guinea-Bissau.

With a continued focus on economic diversification and energy infrastructure Guinea-Bissau holds the potential for boundless development. The aforementioned initiatives and investment products indicate that positive change is already occurring in the West African nation.