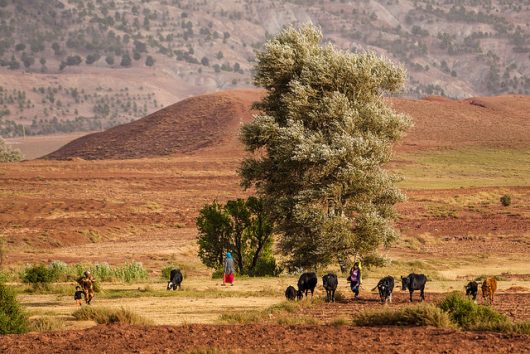 Guinea-Bissau, a former colony disputed by Portugal, France and Great Britain, is located on the west coast of Africa. The country is bordered by Senegal and The Gambia and is a mostly low-lying country. Its economy relies largely on agriculture, yet much of the land remains uncultivated due to unsustainable practices and unstable political conditions. Because of this, sustainable agriculture in Guinea-Bissau is more vital than ever.

Background and Past Issues

The economy of Guinea-Bissau is mostly agricultural but also includes forestry and fishing. Guinea-Bissau produces its own food, and farming is largely based on local subsistence. Some of the most common crops grown in the country are rice, vegetables, beans, cassava, peanuts, potatoes and palm oil. They also raise livestock and catch fish and shrimp, which are used locally as well as exported.

Due to the vast subsistence farming and importing, crop failure and rising prices can be devastating to the population. Guinea-Bissau was hit hard by the global food crisis in 2008 when they could not afford international prices and lacked the resources to keep up with food production. The country has also been affected by the practice of slash-and-burn agriculture, which causes soil fertility to decline. Lastly, a lack of resources has allowed much of the fertile land in Guinea-Bissau to go uncultivated.

Sustainable agriculture in Guinea-Bissau has become vital to solving these problems. In a direct response to the crisis in 2008, the revitalization of agriculture and specifically rice production became priorities. Several regions within the country have suitable land for rice production, yet these lands were uncultivated and caused citizens within these regions to fall into poverty, as they are isolated from other areas of food production.

With new sustainable practices, rice production has now doubled in these areas. The European Union has also created a financing program to rehabilitate 300 kilometers of road in the area, allowing for a more efficient transport of goods. More sustainable practices and projects like these are also vital to combating climate change, a problem the country has been facing the effects of for years.

Guinea-Bissau has also turned to cashew nuts to enhance production. In 2013, cashew nuts accounted for 87.7 percent of the country’s total exports. The industry has been increasing since the late 1990s, and now 85 percent of people living in rural areas depend on these orchards in some way for their livelihoods. This has allowed for great economic improvement, yet the lack of biodiversity involved with this monocultural practice leaves citizens extremely vulnerable. If crops failed or were struck by disease, hundreds of thousands of citizens would be negatively affected.

The most important feature of sustainable agriculture in Guinea-Bissau is now education. Non-governmental organizations like Agrisud International are working with people within the country to promote and teach more sustainable practices. They have also been working with the country’s government to make these practices public policy. With the continued support of international organizations and the government, Guinea-Bissau’s agricultural practices will only continue to improve.