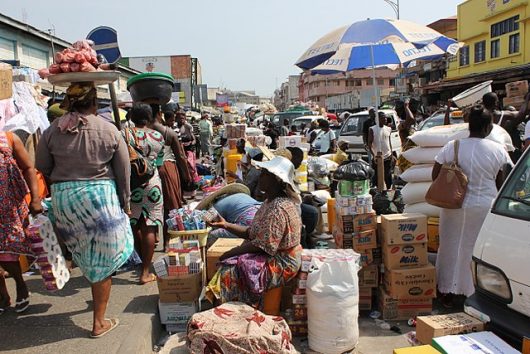 Economic development in Ghana is the key factor for its upgrading to a middle-income country. Ghana’s economy is the second biggest in West Africa and strong exports of cocoa, gold and oil constitute the main pillars of Ghana’s economy.

The combination of successful sectors like gold and cocoa exports and the launch of crude oil production in 2011 boosted Ghana’s GDP growth to 15 percent in 2011 and 7.9 percent in 2012. Revenue from the oil and gas sector amounted to $846 million in 2013. In 2011 and 2012, revenues reached $444 million and $541 million respectively. The vast majority of this success stems from a project called Jubilee oil field.

Economic development in Ghana is also furthered by a stable political system. Ghana has a long history of political stability and trust in democracy with a long string of free elections and turnover in terms of governing political parties.

Economic development in Ghana, however, has certainly helped to increase the per capita incomes. The percentage of people living in poverty has, in fact, declined to less than 30 percent.

But Ghana’s relative poverty is still an issue. About 52 percent of Ghanaians live on less than $2 a day and another 27 percent live on between $2 and $4. The emerging middle class, on the other hand, which represents one in five Ghanaians, has a per capita daily consumption of between $4 and $20. The steady rise of a middle class in Ghana represents good news, especially considering the social and political stability that makes Ghana an exception in the African continent.

An accurate combination of safe monetary policy, higher oil production and controlled expenditures are likely to boost government revenues, which, with declining inflation and interest rates, will boost economic activity and facilitate the reduction of extreme poverty in Ghana.