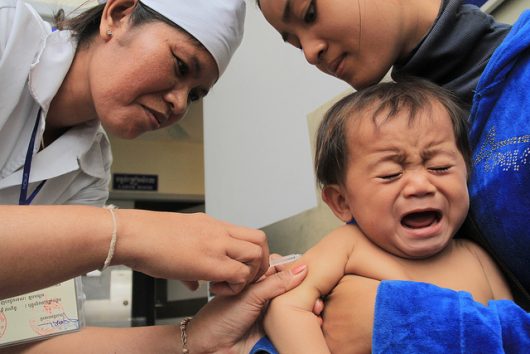 Many individuals are unaware of the circumstances in third world countries, Cambodia in particular. The more time people take to familiarize themselves with the culture and community, the more incentive they have to engage in a culturally competent method of understanding the world around them and facts pertaining to poverty in Cambodia.

“Ninety percent of Cambodia’s 4.8 million poor people live in rural areas. Most of them depend on agriculture for their livelihood, but 12 percent of them are landless.”

With the majority of the population relying on cultivation in the area, many people need extra assistance getting the necessary resources for their families. There are a plethora of aspects that need to be taken into consideration when looking for land including landmines, nearest roads and types of facilities in the area.

Deforestation and illegal farming practices are part of the reason why the forest cover has been depleting and is one of the facts pertaining to poverty in Cambodia. Increased protection and conservation efforts would lessen deforestation. It would also provide more natural resources to the public, contributing to a wide array of support for poverty-stricken individuals.

“Average annual income is $2.60 per day, with a third of the population living on less than $1 per day. It is one of the poorest countries in the world.”

There are many factors that play a role in Cambodia being one of the poorest countries in the world. Cambodia does not have a stable economy and the majority of people who do work, are paid under the table. This could mean they are paid illegally or through a third party that supplies them with cash for hard labor.

The death of a pregnant woman can be the result of many aspects during childbirth. Cambodia’s dramatic decline in its maternal mortality rate proves that the country is on the right track toward becoming more sanitary. This also shows Cambodia is implementing better health systems to possibly eradicate the issue of mothers dying while giving birth.

“More than 50 percent of the population is 25 years old or younger. Most of them don’t receive education higher than the secondary level. This results in a lack of experienced workers and talent who can help with the country’s development.”

Cambodia has recently seen an increase in tourism and the money the government receives from external activities needs to be used to better the education system. A higher quality school system would not only help the development of the country prosper, but also advance job positions for certain individuals. A lack of education is one of the facts about poverty pertaining to Cambodia that could be improved and help make money more accessible, leading to higher incomes throughout the country.