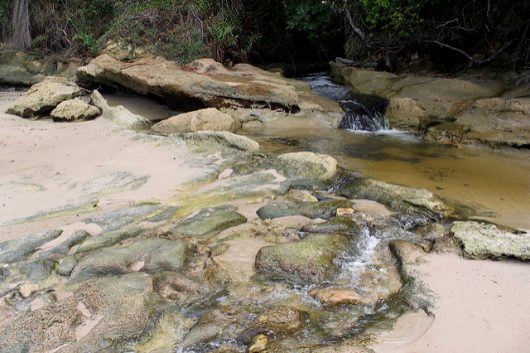 Water quality in Gabon is abundant, but unevenly distributed and strained by high rates of urbanization. Gabon has one of the highest levels of water availability in the world, at 127,825 cubic meters per capita, per year.

Eighty-seven percent of Gabon’s 1.8 million people live in urban areas, such as Libreville and Port-Gentil. As the urban population increases, so does the demand for a fixed water supply. Gabon’s low capacity for drinking water production and lack of storage and maintenance facilities leads to frequent water shortages in Libreville and other urban areas.

Water quality in Gabon is different in urban and rural areas. In 2015, 92 percent of urban areas and 59 percent of rural areas had access to improved water resources. ‘Improved’ drinking sources include piped water on property and other improved sources of drinking water, according to the World Health Organization.

Inadequate sewage and waste management led to negative health outcomes. Insufficient sanitation and lack of access to improved water sources are associated with the increased risk of neglected tropical diseases (NTDs), a class of infectious bacterial and parasitic diseases. In Gabon, a large proportion of the population is at risk of infection from soil-transmitted helminthiasis, lymphatic filariasis and schistosomiasis.

The infrastructure for drinking water and sanitation were identified as priority areas for reform in the Gabonese government’s 2016–2020 Country Strategy Paper. Long-term success for water and waste management requires understanding how wealth distribution and social gradients affect water quality in Gabon. The CSP addresses social and infrastructural issues and broadened the scope of the development plan. It plans to build a sustainable water and sanitation infrastructure.