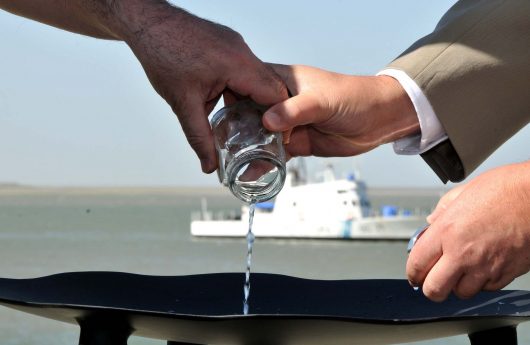 For years, Argentina, a nation surrounded by water, has been lacking the resources to secure clean and safe drinking water for its people. Travel websites often question, “Can you drink the tap water in Buenos Aires?”, leading to discussions regarding water quality in Argentina.

In 1996, Argentines protested after they found manganese in their water, turning the water brown. Also, because of the poor economic growth in the early 2000s, water bills have increased by 70 percent.

Some urban areas of Argentina have access to clean water, but the rural communities are far behind their urban counterparts. These people face issues of water pollution from industrial influences, urbanization and harmful agriculture.

Arsenic, chromium, copper, zinc, and lead have been found in the Riachuelo river in Argentina, which in 2013 was named one of the 10 dirtiest places on the planet. Muddy bubbles can be seen forming at the river’s surface. “These are gases produced by heavy metals on the bottom,” explained Alfredo Alberti of the La Boca Neighbors Association.

Those in poorer areas of Argentina suffer greatly because of the little influence they have on their government, leading to political neglect. Dan Adaszko, a research scholar at the Argentine Catholic University observatory on social debt, explained that the percentage of the population lacking access to water and sanitation represents a national average that covers much higher levels among poor households.

Eleven percent of the population lacks piped water, leading those without access to safe drinking water. Marisa Arienza, head of the Green Cross Argentina and research specialist in water, went into detail about the situation. Arienza explained that there has been “substantial improvement” in water quality in Argentina, yet there are many challenges for more progress.

“The main problem in inequity of water access. When a family does not have access to drinking water, they drink polluted water from wells, with the result that they suffer from diseases and even disabilities,” Arienza explained.

There are plentiful water supplies in the nation but citizens in specific areas lack to tools to have access to clean water.