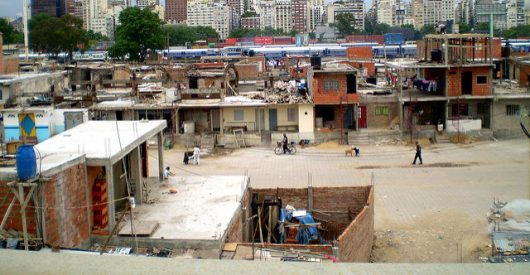 The causes of poverty in Argentina are systemic and deeply rooted in the history of the country. The late 1980s and early 90s marked when the Argentine economic system collapsed due to inflation rates of nearly 20,000%. No system has seemed to work properly since then, with severe economic recessions occurring in 2002 and 2016.

Inflation and Poverty in Argentina

Currently, inflation rates hover around 40 percent, which is one of the most significant causes of poverty in Argentina. Industries nationwide have been hobbled, and Argentinian exports have gotten reduced. Additionally, due to high inflation, both foreign investors and domestic consumers have little confidence in the potential of their purchasing power.

Despite the multitude of causes of poverty in Argentina, the country is far from without hope. Mauricio Macri, who got elected in 2015 as President, has staunched the flow of inflation and economic recession. He has eliminated many unnecessary government subsidies and tariffs, increased export revenue and unified the national exchange rate. This political change has led to increased production from the agricultural, real estate and construction sectors, as well as slowed inflation.

The struggle is far from over. With midterm elections approaching, Macri and his party recognize that the relatively minimal improvements may not be enough to allow his party to continue the good work they have begun. The deficit remains high, debt levels are rising and many of the worst affected people have yet to feel the end of the recession. There remains a great need for foreign investment and aid.  This support is necessary to both alleviate regions perennially affected by economic strife and to assist the country as a whole in raising itself to self-sufficiency.