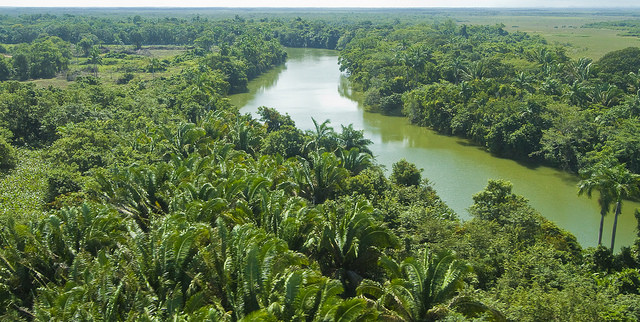 Belize is a country in Central America, which is located south of Mexico, bordering the Caribbean Sea. Being the last British colony in the Americas, Belize gained independence in 1981. Its 400,000 citizens rely on agriculture, oil production, and fishing as the main sectors in its economy. Unfortunately, poverty remains rampant throughout the country. On the positive side, there are numerous development projects in Belize which have sought and continue to seek sustainability and growth within the country. Here are five examples.

Little more than a third of Belizeans advance to secondary school. The lack of education coupled with the stark number of children coming from single-parent families, nearly 25 percent, has contributed to poverty and high crime rates among youth in Belize. To combat this trend, Belize’s Ministry of Human Development has created the Youth and Community Transformation (YCT) project. The YCT project serves to bridge the gap between youth and much-needed social services. It seeks to improve literacy rates and teach vocational skills, as well as to provide access to other assistance programs throughout Belize.

Since 1982, the United Nations Development Programme has worked alongside the government of Belize. Its purpose is to provide support and resources to development programs maintained by Belize, including better access to water, access to sanitation and health services, as well as supporting the empowerment of local leaders in rural areas. This partnership has been very successful since its origin and recently celebrated 35 years of cooperation. More must still be done, however, and a recent 16 million dollar allocation will seek to fight poverty, address climate change and improve security by 2021.

The 1990s saw a massive need for improvement to infrastructure in Belize City. To this end, The World Bank provided 20 million dollars. The project sought to improve drainage systems and most importantly, roads. The improved roads allowed for better networks for the delivery of goods and services and boosted Belize’s capacity for the booming tourism industry. This project set up Belize City for future success through improved systems and infrastructure management.

In congruence with the Belize City Infrastructure Project of the 1990s, The World Bank allocated seven million dollars to support Belize’s primary education development plans. The Primary Education Development Project focused on primary education to Belizean children. This included new teacher training systems, improved facilities, and strengthened management which helped improve the national system. Like the infrastructure project, the Primary Education Development Project created immediate fixes to the broken educational system and has impacted policies to build upon it for generations to come.

Each of the above development projects in Belize shares the common vision for sustainability and continuous improvement. Belize’s 2016 Growth and Sustainable Development Strategy (GSDS) serves the same purpose on a national scale. This plan, built upon the existing plan to create sustainable growth and development called Horizon 2030, focuses on a three-year window between 2016-2019. With it, Belize hopes to cut poverty and hunger, increase access to quality healthcare and education, and improve Belize’s environment, infrastructure and economy. While Belize is facing a tall order with this plan, it has been proven that it can be done through evidence of the country’s history of successful national projects.

Belize remains a developing country. Poverty, hunger, poor health, and poor education are immense problems throughout the Central American country. While these development projects in Belize are certainly making an impact, more must be done to ensure long-term sustainability and growth.