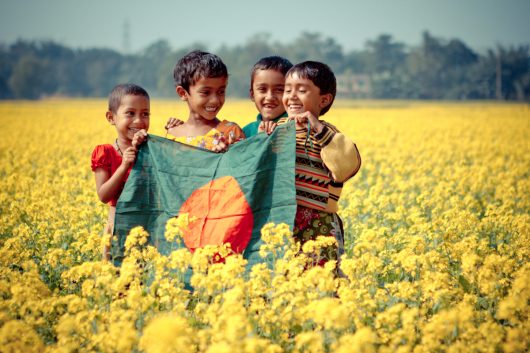 In 1971, shortly after Bangladesh had secured its independence from Pakistan following a brutal conflict, National Security Advisor Henry Kissinger dismissed the newfound nation as an “international basket case” set up to fail. With their views obscured by the haze of its violent founding, Kissinger and many other onlookers failed to see the nation’s potential. Today, though, the success of development in Bangladesh demands that the country be characterized not as a basket case, but one worthy of emulation.

The nation of Bangladesh experienced an especially tumultuous and traumatic founding. In 1971, present-day Bangladesh was still a province known as East Pakistan. Concerned that East Pakistan was threatening its power, the ruling military government of West Pakistan, then supported by its American ally, began a crackdown against eastern rebels in March 1971.

The attempt to quell the rebellion descended into genocide. Eventually, India intervened on East Pakistan’s behalf and helped secure Bangladesh’s independence. By its conclusion, an estimated 200,000 had perished, and close to 10 million people were forced to flee to neighboring India.

Set against this bloody backdrop, the new country’s prospects did not appear particularly promising.

Despite this maelstrom, Bangladesh has managed to develop economically. In 2000, the poverty headcount, as measured by the percentage of residents making less than $2 a day, accounted for nearly half of the population. By 2017, that number had decreased to less than a quarter of Bangladeshis.

According to World Bank statistics, Bangladesh’s gross national income was around $170 in 1974; today, it has increased to nearly $2,000. This tenfold increase has been the result of growth rates consistently around 6 to 7 percent. Such growth, sustained since the early 1990s, has resulted in demonstrable improvements in conditions for the people of Bangladesh.

Perhaps as impressive as the substantive progress in Bangladesh has been its rather unorthodox path to get there. Most countries given the title of “development success” typically follow the rapid growth models of nations like South Korea or the “support-led pathways” of dramatically increased public spending on national welfare programs.

Development in Bangladesh has seemingly followed neither. Its growth rates have been steady, but not comparable to the hyper-growth rates seen in the Four Asian Tigers of South Korea, Taiwan, Hong Kong and Singapore, all of which went from fledgling low-income countries to upper-income nations at a record pace. Bangladesh also spends just 2.2 and 3.5 percent of its GDP on education and healthcare, respectively, levels below average for low-income nations. How, then, has Bangladesh managed to make such significant development strides?

How Development in Bangladesh Became Possible

Many experts attribute successful development in Bangladesh to innovative programs like micro-financing that target women, as well as a burgeoning garment industry which has made Bangladesh somewhat of an export powerhouse. Both have empowered females in the country, increasing their wages and decreasing their fertility rates. As of 2014, the nation had reached gender parity in school enrollment.

The atrocities Bangladeshis endured in their fight for independence remain a sordid prologue in their history, as do the sweeping dismissals from much of the international community. In any case, Bangladesh has been able to turn the page to an encouraging chapter of growth and development.