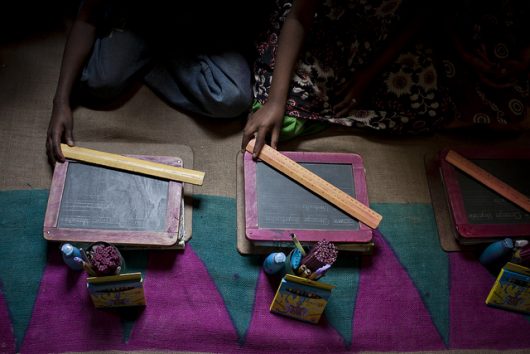 On May 26, Bangladesh Prime Minister Sheikh Hasina made an impassioned speech at the convocation of Kazi Nazrul University. She addressed education in Bangladesh and it’s ongoing struggle to eradicate extreme poverty, claiming “to get rid of poverty, education should be of the utmost importance.”

Playing a Role in Poverty

There is evidence to back up Hasina’s statement that education in Bangladesh plays a crucial role in the welfare of the economy. According to the Global Campaign for Education, the average individual’s income increases by 10 percent for each year of schooling they complete. A study by the U.N. Educational, Scientific and Cultural Organization’s Institute of Statistics even found that if every adult attained a full primary and secondary education, the number of people living in poverty worldwide would be less than half of what it is today.

Why such a strong correlation between poverty and education? The simplest answer is when someone is well-educated, they have more skills (or can learn skills more easily) that can be used in the workforce. This makes them more likely to be employed and have a steady income.

But there are less obvious reasons explaining how enhancing education in Bangladesh may help its citizens escape poverty. Studies show the more education a woman receives, the fewer children she is likely to have. This means she won’t have to spend as much to provide for her family. If this trend continues on a large scale then the population will decline, resulting in more employment opportunities and less strain on resources.

In 2010, the government implemented a new national education policy focusing on gender equality in education in Bangladesh. Some of the measures included greater allocation of funds specifically toward women’s education, stipends for underprivileged women who wish to pursue higher education and a reformation of the cultural attitude toward women in school and the workplace. This is an issue Hasina has been outspoken about, stating that proper education is necessary in order to empower women.

The 2010 national education policy also pushed for students to pursue careers in science, engineering and technology. These fields are of the highest importance in today’s fast-paced world, and educating students about them in school means they will be better prepared for the tech-driven workforce. In this way, Bangladesh hopes to stay ahead of the curve, unlike many other African nations still relying on agriculture as their economic foundation.

The World Bank reports that nearly 25 percent of Bangladeshis are currently living at or below the poverty line (surviving on $1.90 per day). Steps still need to be taken to lift the Bangladeshi people out of this struggle. But the Hasini administration has the right idea about how to help, and if there is a strong enough push for education in Bangladesh, it just might be on the road to eradicating extreme poverty.