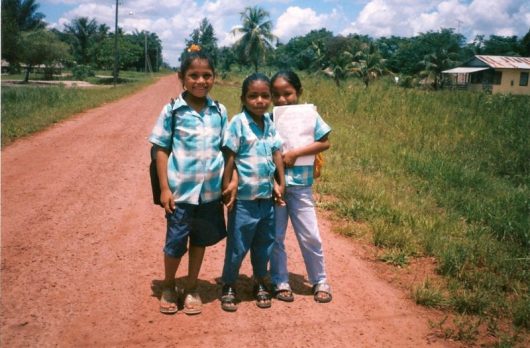 While small, the South American country of Suriname has a booming mining economy. With a recent rise in oil prices, Suriname has worked to overcome a recent dip in economic growth and currency inflation. Credit access in Suriname is also on the rise, and there have been several advancements in credit access and its reporting in recent years.

The International Finance Corporation (IFC) reported that in 2013, Suriname created a new credit reporting system that increased the access businesses have to information about credit processes. This has been built and implemented to help build better business strategies and manage risky lending strategies, measures that then save small businesses from dangerous credit choices.

Systems like these encourage lending growth and healthy business strategy in small countries. Although Suriname has little to no record of credit histories before 2013, the IFC’s new credit reporting system is a step toward healthier credit access in Suriname.

Female Investors and the U.N.

Suriname is in the process of an economic reboot after economic growth statistics dropped from five percent in 2012  to -10.4 percent in 2016. At a 2012 presentation to the U.N., a representative for Suriname spoke on behalf of the female population of Suriname and presented a proposal for a new national gender policy; the plan delineated how the nation would prevent further discrimination of Surinamese women in business practice.

One of the areas in which women have been hurt by discrimination is in the credit access market. By implementing this new policy-based on the Beijing Plan for Action, Suriname hopes to alleviate the added stress of gender discrimination on its credit market.

Although only two of many new policies offer a solution for credit access growth, Suriname has a strong and constantly increasing economy that helps to grow credit access within its borders.