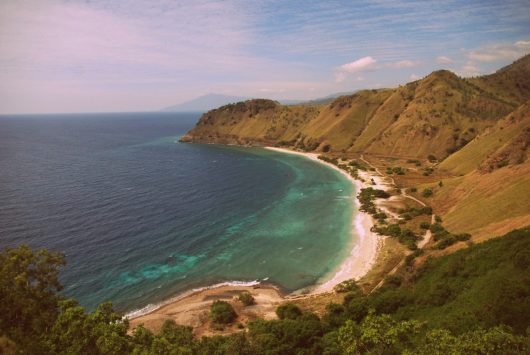 Timor-Leste is a small, agrarian country that largely depends on its struggling agriculture sector for financial and economic security. Nearly 80 percent of Timor-Leste’s population is smallholder, local farmers who depend on the annual crop yields for their subsistence. Unfortunately, crop yields are often low or lost post-harvest, leaving many areas of the country below the poverty line.

In some districts, like Manufahi, approximately 85 percent of the population survives on $0.88 a day. Developing sustainable agriculture in Timor-Leste has been a focal point for the Ministry of Agriculture and Fisheries since 2003, but still requires significant financial backing and guidance from other government agencies and global aid societies.

Multiple projects have been proposed and implemented by the Ministry of Agriculture and Fisheries and the government of Timor-Leste in conjunction with the Global Agriculture and Food Security Trust Fund and the United States Agency for International Development (USAID). The sole purpose of these projects is to give Timor-Leste’s agriculture sector the chance to successfully become a competitor in burgeoning world markets via modernizing farming techniques and educating the smallholder farmers.

Here are a few of the projects implemented for the development of sustainable agriculture in Timor-Leste:

The sole purpose of this project, instituted by the Ministry of Agriculture and Fisheries in 2003, was to increase farm and crop productivity. To accomplish this, farmers were taught new and advanced techniques for increasing crop yields and reducing the number of crops lost after harvest. This, in turn, would raise the annual income of the farmers and create more jobs. This project saw moderate success, but Timor-Leste still faces the same challenges.

Crops are constantly lost due to inefficient farming practices, which in turn creates harsh and unsustainable environments for future crops. Educating farmers on appropriate farming techniques crop survival in the country’s environment remains one of the main objectives of most projects geared for sustainable agriculture in Timor-Leste.

This project aims to connect smallholder farmers with large-scale retailers and train them in the technologies and horticultural practices necessary for expanding into vast markets. In conjunction with ConocoPhillips, an American energy company, and K’manek and Dilimart, two of the largest local supermarkets in Timor-Leste, USAID hope to connect local farmers with the farm-to-market chain to improve their economic and social positions.

This six-year project, agreed upon by the World Bank and the government of Timor-Leste in 2016, received $21 million from the Global Agriculture and Food Security Trust Fund. It aims to revitalize and improve the productivity of crops in selected areas so as to boost their status in the world market. Timor-Leste has dealt with malnutrition as a result of the loss of staple foods and the insecurity of food production caused by poor soil and water management.

This project aims to create secure food production through smallholder farmers by improving multiple watersheds in different geographical locations. These watersheds will prevent contaminants from entering the crop soil while simultaneously increasing the amount of water that reaches the crops. The sheds will be monitored and evaluated by the Ministry of Agriculture and Fisheries and the continued support of the Global Agriculture and Food Security Trust Fund.

Sustainable agriculture in Timor-Leste is well on its way, but still requires additional funding for the vast number of projects planned for continued success in their agriculture sector. Timor-Leste still needs to establish a reliable and stable economy through their marketability, and through continued support from its government and global aid campaigns, the nation can achieve that goal.

Credit Access in Suriname Continues to Grow Every DayA Need for Change: Top 10 Facts About Poverty in India
Scroll to top