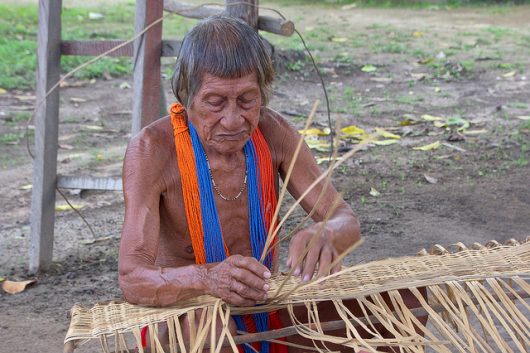 The smallest country in South America, Suriname is one of the world’s poorest countries, with over 70% of its population living under the poverty line. While the country has seen some economic growth in recent years, its tumultuous political history explains many of the current causes of poverty in Suriname.

Having been a Dutch colony for a number of centuries, Suriname’s relationship with the Netherlands is a complicated one. For a long time after its independence it relied on Dutch aid to propel its economy; however, relations deteriorated in the late 1990s, and in 2014 Suriname was dropped as a recipient of Dutch development aid.

The government of Jules Wijdenbosch ended Suriname’s structural adjustment program in 1996 in an attempt to make taxation more equitable for the country’s large poor population. As a result, tax revenues fell and the government was unable to implement an alternative. Mining, construction and service sectors declined and, combined with increased government spending, a bloated civil service and reduced foreign aid, the country faced a massive fiscal deficit, estimated at around 11% of the GDP. Eventually, this led to a long period of inflation, where consumer prices skyrocketed and it took the average Surinamese citizen more than two years to register a business.

The causes of poverty in Suriname began with Dutch colonization and continue to suffer from structural shortcomings and poor governance, as is common with many postcolonial nations in the global South.

Suriname and the Netherlands maintain a strained relationship after Desi Bouterse’s military government rose to power. He is currently convicted on a number of drug and corruption charges in the Netherlands but was re-elected as the president of Suriname in 2010. Under his regime, the nation’s political climate became saturated with ethnic polarization and corruption.

The economy of Suriname became more diversified and independent once Dutch aid stopped. Bauxite is the primary source of revenue, as well as agricultural exports and oil and gold extraction. These improvements are, in many ways, a double-edged sword, since the environmental fallout of such extraction is incredible. It has also led to a spike in forced child labor, with more children being recruited into the mining industry. Education rates have dropped, health problems and malnutrition have increased and high poverty rates continue to run rampant.

However, almost 80% of Suriname’s landmass is untouched rainforest and protected bioreserves, which have attracted many tourists over the years. With a rise in eco-tourism and diversification of exports, the potential for Suriname’s economy to improve is high. A large number of local and international organizations are working to provide educational services and health facilities, particularly to children in need. A number of groups focus on empowerment and legal advocacy as a way to bring about grassroots change. With an increase in foreign investment and local change to tackle corruption, some of the problems faced by the Surinamese can be addressed.