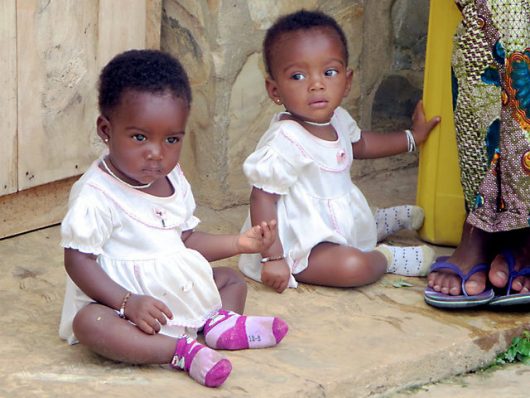 Although it is a small country wedged between Ghana and Benin, the most common diseases in Togo can have a major impact on many.

HealthGrove further put this into perspective, highlighting that out of 100,00 people, 1,266 die yearly in Togo, and listed the country’s life expectancy at 60 years.

Of the common diseases in Togo, those that can be transferred (communicable diseases) are some of the most prevalent.

Diarrhea, lower respiratory and other common infectious diseases
These accounted for a little less than 20 percent of deaths overall and slightly over 30 percent of communicable diseases specifically. Compared to 1990, in 2013 lower respiratory infections, diarrheal diseases and meningitis all posed much lower threats of mortality.

HIV/AIDS and tuberculosis
These diseases led to between 14 and 15 percent of deaths overall and over 22 percent of communicable disease-related deaths. While tuberculosis’s threat of death has decreased since 1990, HIV/AIDS has increased substantially—by 1,038 percent.

Neglected tropical diseases and malaria
These made up 12 percent of deaths in general and almost 19 percent of deaths from communicable diseases.
Malaria, rabies and schistosomiasis death rates all fell from 1990.

Neonatal disorders
These accounted for 10 to 11 percent of deaths total and over 16 percent of mortality rates due to communicable disease.

In addition, diseases that cannot be transferred—non-communicable diseases—are among some of the common diseases in Togo.

Cardiovascular diseases
As the most common of the non-communicable diseases, these accounted for a little less than 11 percent of deaths overall and over 35 percent of NCD-related deaths. Stroke, ischemic heart disease and other cardiovascular/circulatory disease rates all fell from 1990.

Diabetes, urogenital, blood and endocrine diseases
In total, these only made up slightly more than five percent of deaths, but in terms of NCDs specifically, these increased to over 17 percent. While hemoglobinopathies and hemolytic anemias, as well as chronic kidney disease, both fell since 1990 (the latter only by one percent), diabetes mellitus actually increased by about 13 percent.

Cancer
Cancer led to over four percent of deaths in general and over 14 percent of NCD-related deaths. Liver, cervical and stomach cancers all fell by over 30 percent from 1990.

There are still a number of improvements that can be made. For 2015, Togo qualified as a low-income food-deficit country and only slightly less than 12 percent of its citizens used improved sanitation facilities that year.

However, about 63 percent of the population in the same year utilized improved water drinking sources, 85 percent of one-year old children had measles immunizations and the mortality rate of children below five years old fell from about 108 deaths per 1,000 live births in 2004 to 78.4 in 2015.

The WHO released a report in February of this year detailing a meningococcal disease outbreak, but listed methods undertaken to address the matter, including requests for vaccinations, support for management and surveillance and the training of health personnel.

Applying these same tactics to the communicable diseases listed may be beneficial. Other methods, like increasing knowledge on how to reduce the spread of disease, as well as improving access to clean water and other nutritional sources could also be key.

Furthermore, for non-communicable diseases—though some may be genetic—tactics like increased exercise and diet changes may yield a reduction in their prevalence.

The nation must still make specific improvements to ensure that its population is healthy. But judging by the fluctuations of common diseases in Togo, there is great hope for a decrease in their pervasiveness.