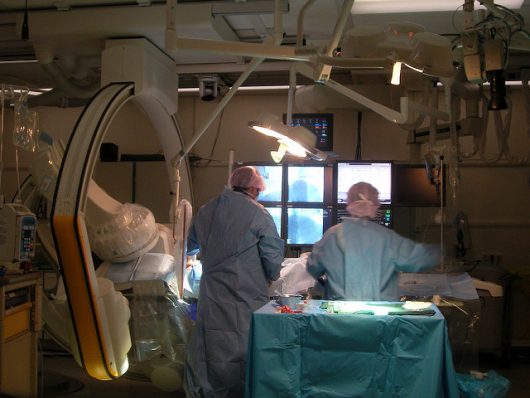 The Netherlands is located in Northwestern Europe and has a population of about 17 million. Non-communicable diseases, like in many other parts of the world, increasingly affect the Dutch and cause about 90 percent of deaths in the country. The following are the most common diseases in the Netherlands.

The Netherlands has the 12th highest rate of cancer in the world, in part due to increased awareness and diagnosis. Thirty-three percent of deaths in the country are due to cancer. Lung cancer is the most prevalent, followed by breast cancer and intestinal cancer. Skin cancer and pancreatic cancer cases also are increasing, and, between 2005 and 2015, the mortality rate of pancreatic cancer increased by 12 percent.

During that same period, the mortality rate of lung cancer, which is especially common because of smoking, increased by six percent. The premature death rates and prevalence of lung cancer, pancreatic cancer and breast cancer are significantly higher in the Netherlands than in similar countries.

CVD causes 29 percent of deaths in the Netherlands. Although the mortality rate of CVD has declined since the second half of the 20th century, the burden remains. Ischemic heart disease is especially crippling to the country. In 2007, it was estimated that about 730,400 people were living with ischemic heart disease.

Chronic respiratory diseases cause six percent of deaths. Lung diseases in the Netherlands are especially prevalent because of the high percentage of smokers. About 28 percent of people in the country smoke. Because of this, there are roughly 23,000 lung related deaths per year and over one million lung patients.

In addition to lung cancer, chronic obstructive pulmonary disease (COPD) is also prevalent in the county. Between 2005 and 2015, the mortality rate of COPD increased by 9.5 percent. The premature death rate is significantly higher in the Netherlands compared to similar countries. COPD can lead to emphysema and chronic bronchitis.

Mental health is important to recognize in the Netherlands. Depressive disorders are a leading cause of death and disability in the country. In 2014, about eight percent of the population claimed to be suffering from depression, accounting for more than one million people.

Dementia affects 1.47 percent of the Dutch population. In 2012, about 245,568 people lived with dementia. Alzheimer’s disease is especially common as the mortality rate increased by 18.6 percent between 2005 and 2015. Risk factors of Alzheimer’s include age, genetics, traumatic brain injury and mild cognitive impairment. Research also suggests that cardiovascular disease and education level may be linked to the disease.

Poor lifestyle choices are commonly associated to many of these diseases. Smoking, for example, is a major risk factor and something that should be recognized when addressing rates of diseases such as lung cancer and COPD. Improving health education is one step in helping decrease the rates of these common diseases in the Netherlands.

Increasing Political Participation for Women in IranHow to Help People in Burundi: 3 of the Most Vital Programs
Scroll to top