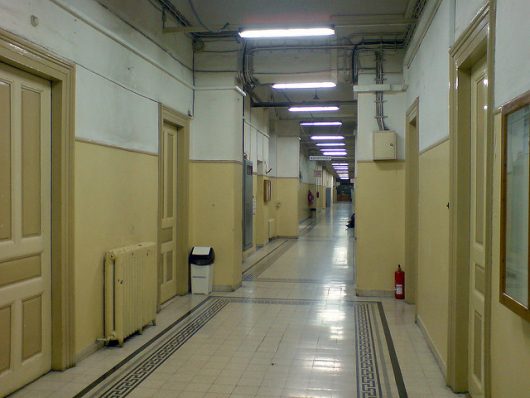 Greece is a small nation in the south of Europe, full of history and culture. A large portion of the tradition in Greece resides in the food they make for their family and friends and spending time together. While these activities are common to the Mediterranean country, many of these people’s habits are also what cause their most common illnesses. Here are the top five common diseases in Greece:

The number one cause of death in Greece in 2014, cardiovascular diseases (CVDs) affect millions of people annually, worldwide. CVDs are common killers in low- and middle-income countries, such as Greece. These diseases come in many forms. Some examples include eart disease, heart failure, arrhythmia and heart valve problems. The causes of CVDs vary, but they often connect to lifestyle choices such as an unhealthy diet, lack of physical exercise, tobacco use and harmful use of alcohol.

While cancer comes in many forms and affects Grecians differently, the most prevalent among them is lung cancer. Lung cancer has become the leading cause of cancer-related deaths for men and women around the world, often being found once it is in a very developed stage. In recent years, doctors have begun to develop early screenings for people who they believe are at a high risk of developing the cancer. Lung cancer is one of the more preventable cancers, often caused by large amounts of exposure to smoke.

3. Alzheimer’s and other Dementias

In 2013, 1.77 percent of the Greek population suffered from dementia. Additionally, Alzheimer’s disease is the most common form of dementia. Dementia is a disease that affects memory loss and other cognitive abilities, which make everyday living difficult. Dementia is not a normal part of aging, but it can reveal itself as people start to reach 65 years of age or older. While there is currently no cure for the disease, there are medicines and treatments that help with symptoms.

Another one of the common diseases in Greece, chronic respiratory diseases affect thousands of people every year. The disease can come in many forms, such as chronic obstructive pulmonary disease, asthma and occupational lung diseases. These diseases are often due to behavioral or environmental forces such as tobacco smoke, air pollution, occupational chemicals and dust.

Approximately 7.5 percent of Greece’s population suffers from diabetes. The disease can come in two forms, type one and type two. Type 1 diabetes is normally diagnosed in childhood, whereas type 2 is diagnosed later on in adulthood. Type two diabetes is the most common form of diabetes found in those afflicted and is often the result of behavioral choices, such as eating habits.

These common diseases in Greece are just some of the many illnesses that the population deals with. While many of these afflictions often lead to fatality, they are often preventable by living a healthy and active lifestyle.