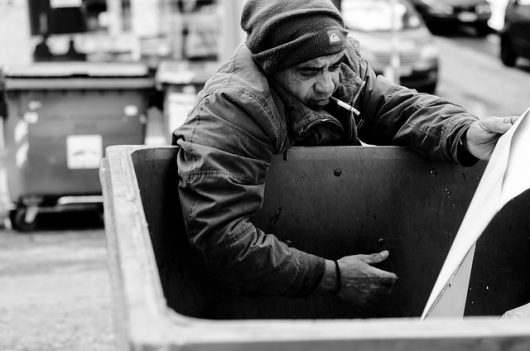 Is there poverty in Greece? Yes. Among the countries riding the rising EU economy, Greece finds itself adrift with high unemployment and rampant poverty.

Since the 2008 financial crisis, several countries including Greece, Ireland, Cyprus and Portugal have relied on the EU and the International Monetary Fund (IMF) for bailouts. All are rebounding except for Greece, which is now on its third bailout and has yet to see a decrease in its 14 percent poverty rate.

The EU and IMF have been cautious issuing the Mediterranean nation new bailouts, requiring the Greek government to enact several austerity measures. These measures have ranged from increasing taxes and cutting pensions to scaling back all government spending.

Austerity and Poverty in Greece

Many believe that these austerity measures are the causes of poverty in Greece. Increased taxes and pension cuts leave citizens with less disposable income, and in Greece’s case, nearly no disposable income. Being a largely service-oriented economy, consumer spending is the most important economic driver.

As spending falls, businesses tighten the belt and hire fewer or lay off workers. The first to suffer are young and inexperienced Greeks. Due to the inability of the Greece’s youth to find employment, many families subsist on parents’ or grandparents’ pensions, which are to be cut this year as part of the new round of austerity measures.

Many young Greeks have left the nest to head to the cities, where incomes are higher, and poverty is less prevalent. Greece’s rural population has experienced a contraction as a result, and food assistance lines in the city have grown.

There is some good news on Greece’s horizon. As part of a program to incorporate Syrian refugees into mainstream Greek society, the EU is planning on giving Greece 209 million euros. The money will help refugees with rent and living expenses and the new cash infusion could help move the economy forward, only time will tell.

The Greek government has also decided to issue bonds on the market. Finding a buyer for Greece’s risky debt will prove challenging, but if done, will prove to the EU that the economy is turning a corner.

The causes of poverty in Greece are many and systemic. After the global financial crisis of 2008 and the following austerity measures, Greece has had it rough in the last decade, but many can see a light at the end of the tunnel.