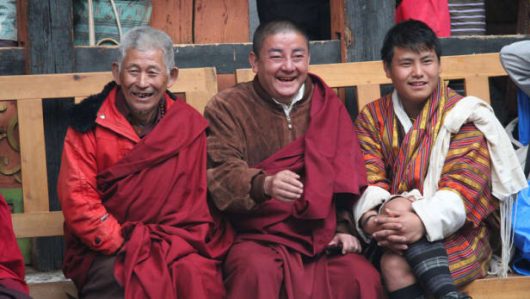 In recent years Bhutan, a small, predominately mountainous country landlocked between China and India, has noticed an epidemiological shift in the disease pattern. The incidence of communicable diseases has significantly decreased, and the Bhutanese now suffer from high rates of noncommunicable diseases (NCD).

In 2008, Bhutan’s age-standardized rates for NCDs per 100,000 population were the highest among males and females in the South East Asia Region (SEAR). Currently, NCDs are the leading cause of morbidity in Bhutan, accounting for 62 percent of the country’s disease burden.

Below is a list of the top four most common diseases in Bhutan:

Diabetes are a set of chronic diseases resulting from elevated blood glucose. In Bhutan, there was a 63 percent increase in diabetes from 944 cases in 2004 to 2,605 cases in 2009.

A healthy diet and body weight, exercise and avoiding tobacco use are all preventative measures for type 2 diabetes, which results from the body’s ineffective use or production of insulin. In Bhutan, survey data indicated that one in three Bhutanese are overweight, 42.4 percent consume alcohol and the average daily salt consumption is nearly two times the World Health Organization’s (WHO) recommended limit.

The same preventative measures are suggested for maintaining heart health. In 2008, mortality due to CVDs in SEAR was the highest in Bhutan, accounting for 53 percent of Bhutanese deaths.

Tobacco use increases risk for chronic respiratory diseases. Even with the ban on the sale of tobacco in Bhutan, tobacco use is widespread, as 34 percent of men and 14 percent of women reported using tobacco in 2011.

In 2008, the age-standardized death rate due to cancers in Bhutan was 124.8 per 100,000 population. Of all cancers, lung and cervical cancers have the highest incidences among Bhutanese men and women, respectively.

So far, the government has initiated health-related behavioral interventions addressing the social determinants of NCDs; these include bans on tobacco sales and advertisements, laws prohibiting smoking in public and the establishment of outdoor gyms in every district.

“The government’s response to NCDs has been very encouraging,” says WHO’s Tshering Dhendup, “There is high-level political commitment.”

Included in the country’s upcoming five-year socioeconomic plan (2018–2023) is a multi-sectoral framework for the prevention and reduction of common diseases in Bhutan. This much-needed plan is expected to result in widely shared improvements in health status for the Bhutanese population.