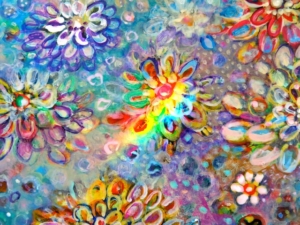 Barely two years after its liberation from ISIS, Iraq is still harboring battle wounds. Everyone lost something, whether it was a home, business, family member or friend. A British Journal of Psychiatry study found that over 45 percent of child soldiers for ISIS in Northern Iraq who are between the ages of eight and 14 suffer from depression, anxiety and PTSD. USAID has been funding art and music projects that bring people together and beautify the country as part of a national healing process.

In recent years, billions of dollars have gone to rebuilding infrastructure and ensuring that Iraquis meet their basic needs. To supplement the reconstruction of cities, some organizations have focused on healing the social rifts that emerged during the occupation.

The Benefits of the Arts

Iraq became liberated in 2017 from a three-year reign of terror under ISIS, and physical reconstruction in the war-torn country has been slow. However, many recognize that repairing buildings and paving streets will not undo all of the damage. The violence has torn the social fabric of Iraq to shreds. Reporter Alice Su from The Atlantic wrote in 2018, “Even if Mosul is rebuilt… lingering distrust and ongoing sectarian and ethnic violence may doom Iraq’s post-ISIS future.” People must heal this pervasive distrust before Iraq can achieve stability.

To encourage reconciliation between Iraq’s Shi’ite majority and the ethnic minorities, USAID offers support for art and music projects that local organizations initiated. Research has indicated the positive qualities of creative engagement to decrease anxiety, stress and mood changes, and this makes art medicinal to damaged societies like those that have recently experienced war.

Art and Music in Iraq

The Karim Wasfi Center for Creativity runs orchestras for Iraqi youth and introduced the first music program for the country’s orphans and displaced.  Its founder, Karim Wasfi, conducted the Peace Through Arts Farabi Orchestra during a USAID-sponsored concert in Mosul last October 2018.  This performance was the first classical music concert to take place in Mosul since the liberation from ISIS.

Another project was with a Yezidi youth group to paint over ISIS propaganda graffiti in the streets of communities near Sinjar. The youth volunteers replaced hateful messages with those promoting peace and education. Not only was this a healing activity for the nearly 200 youth who participated in the painting, but residents will now walk by these uplifting murals on a daily basis.

USAID emphasizes supporting projects that use art and music to promote messages of peace, like the work in Sinjar. Using art for healing in war-torn Iraq is gaining traction with Iraqi locals, as well as in other regions of the Middle East. Syrian Kurdish artist Ferhad Khalil organized an art symposium in Raqqa, Syria, to celebrate liberation from ISIS, and the World Monuments Fund has a school in Jordan to train refugees in conservation stonemasonry.

Art has the power to move people. Harnessing that power, the U.S. is funding more projects that are using art for healing in war-torn Iraq. A violin or a paintbrush may be able to combat terrorism, ethnic hatred and fear in countries facing political strife.