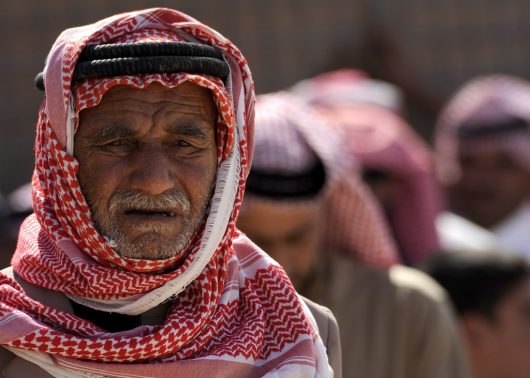 Hunger in Iraq remains a big concern. Over 13 years since the U.S.-led invasion of Iraq, the country continues to slip closer to starvation. As U.S. military numbers have increased in the country to just over 4,600 troops, Secretary of State John Kerry outlined additional spending to provide aid to the people of Iraq. His statement, released in April, cites the severe humanitarian crisis facing the country.

To alleviate hunger in Iraq, the State Department plans to spend an additional $155 million in humanitarian assistance, bringing the total to $778 million provided to the people of Iraq since the fiscal year 2014. While commendable, this aid is dwarfed by the estimated $2 trillion the U.S. has spent on the war effort in that country and does not go nearly far enough to help solve the problem.

Iraq’s food shortage stems from displacement in the country. The Islamic State (IS) is still in open conflict with the Iraqi government forcing many from their homes, including farmers. Fighting in areas such as Salahuddin, Nineveh, Kirkuk and Anbar have greatly reduced or halted the food generated in these important growing regions, increasing hunger in Iraq. The U.N. estimates more than 3.4 million Iraqis have been displaced in the fighting so far.

Farmers are fleeing as sectarian violence has specifically targeted agrarian production in Iraq. In territory under their control, IS has shown a willingness to confiscate farming equipment. Groups opposing IS have attacked the agricultural production of local Arabs in retaliation for their cooperation. Yazidis have burned the fields of Arab farmers in Sinjar and in the breadbasket region of northern Nineveh, Kurdish fighters have razed entire Arab communities. Farmers face additional difficulties in growing crops such as a lack of agricultural machinery, a shortage of fuel and even unexploded bombs and mines in fields.

Exacerbating the issue, a stream of refugees have flooded over the border from neighboring Syria, seeking refuge from the fighting there. To get an idea of the size of the problem, imagine a country with the land area and population size of California. Now imagine that the inhabitants of Los Angeles have been displaced to the rest of the state while a flood of refugees pour across the border.

Lise Grande, the U.N. humanitarian coordinator for Iraq, addressed the European Parliament in June 2015 stating, “In the months ahead the humanitarian situation is going to get worse … 10 million Iraqis are likely to need some form of life-saving assistance.” This threat looms in a country with a population of 33 million.

Looking just at food, the U.S. State Department optimistically expects the humanitarian aid from USAID distributed through the World Food Program to be able to feed just over 1.5 million people for about two and a half months. Yet according to the U.N., 4.4 million Iraqis are in need of food support, not counting the estimated 250,000 Syrian refugees taking shelter in the country.

The State Department is also providing funding for education, an important measure, but one that should take secondary priority in a country where millions are not having their daily hunger needs met. Sectarian violence creates a vicious cycle contributing to food shortages which in turn leads to more unrest. A response to hunger in Iraq needs to be part of any solution in the region.

Still in its infancy after the U.S. invasion in 2003, the Iraqi Government has proven ineffective in solving the nation’s hunger problems as it fights for its very survival against IS forces. Unless the international community takes action soon, the situation in Iraq threatens to spiral further out of control.