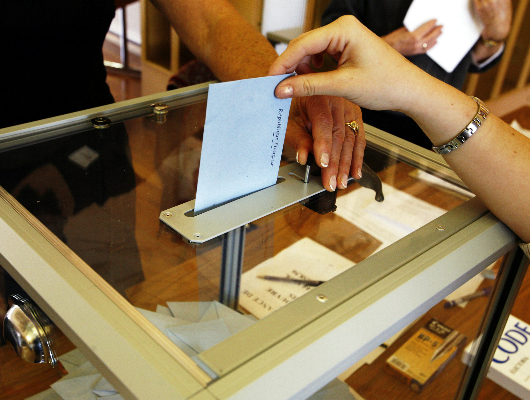 In 1991, political scientist Samuel Huntington hypothesized three historical waves of democratization across Europe and the Americas. Now, it is the African continent’s turn to create a fourth wave of democratic elections.

It started on Dec. 17, 2010, when Mohammed Bouazizi, a Tunisian produce seller, set himself on fire in front of a municipal building.

Bouazizi’s act ignited protests against the oppressive authoritarian regime all over Tunisia. In 2011, the dictator, Zine El Abidine Ben Ali, stepped down from power and fled the country.

In the following three years, Tunisia held its first democratic elections, rewrote its Constitution and saw peaceful transitions of power.

In 2011, similar transitions occurred in the North African countries of Egypt, Libya and Morocco. Along with uprisings in the Middle East, this movement is collectively called the Arab Spring.

The changes in government in these countries have yet to resemble the democracies in North America and Western Europe. But while transitioning from long-standing authoritarian rule to full-fledged democracy does not happen overnight, the Arab Spring undoubtedly sent a message rippling all over the African continent.

The message? The voices of the impoverished and oppressed can be heard.

Surprising critics who believed that Jonathan would not resign, Jonathan willfully stepped down and even congratulated his successor. This marked the first peaceful transition of power in Nigeria’s history.

This year, Kerry traveled back to Nigeria to emphasize Nigeria’s increasingly important position to help with security and development in Africa. He also reminded the new government of the precedent and example they set, as this year is becoming a crucial year for democracy in Africa.

These elections could turn out to be a critical turning point for countries like Chad, where the same leader has been in power for 24 years.

Some staples of democratic transition include a move to transparent elections, term limits, freedom to publicly support any candidate and voter enfranchisement.

Transparency and term limits are important in the election process because, without both, an authoritarian regime can stay in power for decades. Fraudulent elections are often the main reason why people refrain from voting in the first place.

When authoritarian regimes remain in power for decades, repeated policy mistakes stifle the economic development and empowerment of a country. Change can only come when those in power are committed to the needs of their constituencies.

Freedom to publicly support any candidate and voter enfranchisement are also very important steps for an African democratic transition.

When media is censored or run by the government, speaking out against the incumbent is often illegal and can even lead to dangerous consequences.
This is also a problem because, in many African countries, less than half of eligible voters are registered to vote, and many minority groups do not have the right to vote at all.

When it comes to poverty, these four aspects of democracy are key. When marginalized groups take part in policy-shaping, a country can grow together and mitigate inequality. Furthermore, when every voice is involved in decision making there is less chance for discontentment and violent revolt.

As Kerry points out, “A free, fair and peaceful presidential election does not guarantee a successful democracy, but it is one of the most important measuring sticks for progress in any developing nation.” The coming months’ elections will be a giant leap toward democracy and development in Africa.