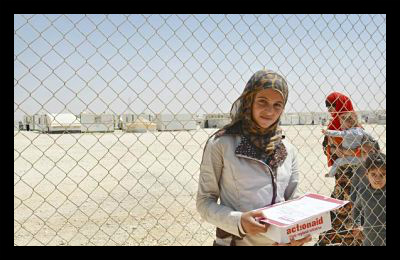 ActionAid USA is working to end global poverty and further enhance human rights. Operating in over 40 countries around the world, through their work the organization has been able to reach and impact the lives of approximately 25 million people.

ActionAid addresses a variety of issues that affect the daily lives of people in an assortment of countries. The organization works to change policies surrounding biofuels (in the hopes of stabilizing food prices) and to help countries in poverty adjust to the shifting changes in climate.

It also focuses its attention on aiding countries that are hit by natural disasters and do not have the resources to help themselves. In providing relief, they have been able to respond to 87 of these occurrences and help about 7 million people.

Additionally, the organization has been looking for new ways to empower women, engage the youth and improve the overall quality of life for people across the globe.

One of ActionAid’s most recent projects has been advocating for President Obama to approve the Assessing Progress in Haiti Act, which he signed on August 8, 2014.

In the aftermath of the Haiti earthquake in 2010, although billions of dollars were donated to Haiti, the money was not always  spent in the most efficient way. The new act  requires that the U.S. government submit an extremely detailed report stating exactly how the money donated to provide relief for the Haitian people is being spent.

The organization, however, is not so supportive of President Obama’s backing of the “New Alliance” plan regarding agriculture in Africa. It claims putting agriculture into the hands of big businesses will hurt smaller farming communities and increase poverty levels. Buba Khan, the ActionAid International Advocacy Officer, stated that, “Companies should be part of Africa’s cultural future, but profit should not be prioritized over people’s rights.”