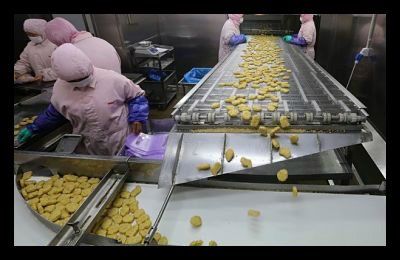 Perhaps the issue of food safety is among the most misunderstood aspects of global poverty. Not only does a lack of food safety cause health risks and life-threatening conditions, but it also disproportionately affects the poor. In the past several years, Chinese food safety, particularly in rural areas has been among the topics of discussion for food safety.

Some Chinese-made food products have been revealed to make people ill and even result in deaths. In 2008, tainted infant formula caused the deaths of six infants and kidney damage to hundreds more.

Exports with misleading labels and too many hormones and antibiotics have caused problems with American companies like Walmart and KFC.

With those who have the opportunities, many Chinese are opting to purchasing substitute products from outside of the country. However, the possibilities are predominantly limited to the wealthy class in China. Many of the poorer people are unable to afford the alternatives so they have to resort to buying the substandard Chinese products.

The food safety problems have had ripple effects on the Chinese economy. With consumer doubt on the rise, the contracts and workers are being threatened by the dissatisfaction.

In a New York Times article, Don Schaffner, a microbiology professor at Rutgers University, compared China’s food safety industry with the United States’s food industry pre-Upton Sinclair’s “The Jungle.” Much like the United States’ reform during the Progressive Era, China is expected to take similar steps to reform.

One of the solutions that China is actively working on is revising the health care standards and trying to reinforce them. Meeting the quality standards of many of the trade partners will help solidify the food economy in China.

The consistency of the quality of food is expected to affect the economy and the people alike. More faith in Chinese food and guaranteed health safety is set to increase the domestic economy and strengthen the credence in the Chinese food industry.