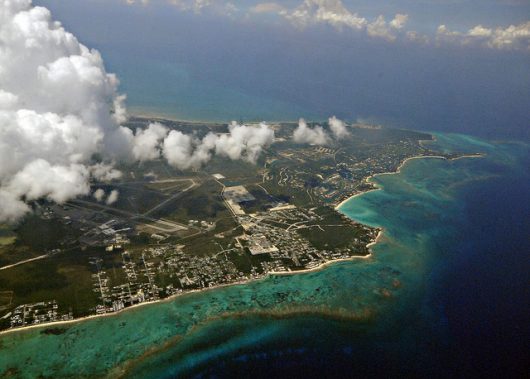 The Bahamas isn’t just full of vacationers lounging in the sun or carefree islanders living a life of luxury. The country known for sandy beaches and tropical excursions can’t escape the universal problem of hunger. Trying to understand persistent hunger the Bahamas is complicated.

More than 20,000 Bahamians are undernourished, meaning they don’t eat enough to maintain their health and stave off hunger. What follows is an explanation of the various factors contributing to the country’s food insecurity and what’s being done about it.

Here are four things to know about hunger in the Bahamas:

To address hunger in the Bahamas, nonprofits are helping bridge the gap from shelf to stomach. One organization, Hands for Hunger, collects edible food from restaurants, stores, hotels and more to give to people who need it. Since 2008, the group has reallocated more than one million pounds of surplus food.

Bahamians are learning that investing in domestic farmers moves the country closer to food security. Supporting local agricultural workers through grants, easier land acquisition and small-business initiatives are all ways to give Bahamian farmers a better chance against international competition.

Experts have determined more efficient ways of farming on little land and poor soil. Hydroponics, for example, is a method of growing crops that requires no soil and less water than traditional methods. Companies that provide hydroponic systems are already serving the Bahamas. Another soilless option, aquaponics systems, are set up next to fisheries to grow vegetables. Aquaponics would help reduce the country’s trade deficit, as well help produce fish for a country that loves seafood.

Inefficient agricultural land and dependency on exporting nations constrain the Bahamas. But despite that, scientists, leaders and nonprofits are determined to eliminate hunger in the Bahamas.