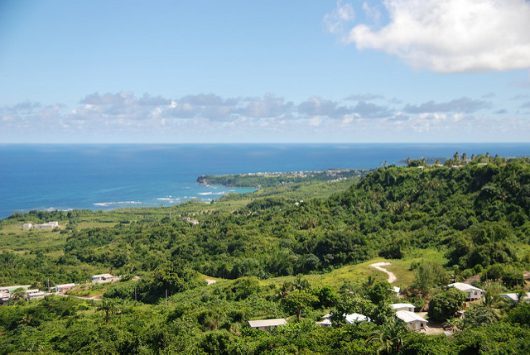 Barbados sits near the end of the Lesser Antilles arc of the Caribbean. It is surrounded by the Atlantic Ocean, the country’s water source, which supplied the public via ponds, springs and wells in Barbados’ early days. Methods to provide water to the public developed from hauling well water up with buckets to steam-driven pumps to the first electric pump in 1944.

In 2015 the Caribbean shifted the focus of its strategies and programs from storms and floods to droughts. Climate change and El Nino increased the severity and frequency of drought conditions in the Caribbean. As a result, Barbados is one of the top 10 water-stressed countries.

The drought caused the Barbadian cost of living to rise, increasing the number of kitchen gardens and water demands from local water systems. Agriculture is Barbados’ largest water user, and there are about 120 privately owned wells to contend with this heavy usage.

Consequently, the functionality of water in Barbadian homes changed. In early 2016, the BWA implemented a three-month water ban. The ban prohibits filling and supplying tanks, swimming pools, baths and ponds as well as washing roadways, pavements, paths, garages, out rooms and vehicles. It requires Barbadian domestic tanks be connected to their water supply and sewerage system.

In 2016 the BWA established long-term water management solutions to ameliorate water scarcity. The first goal is the installation of eight water tankers to provide water for residents of St. Joseph, St. Andrew and St. John. The second is rehabilitating a well in St. George to provide an additional 500,000 gallons of water to the Golden Ridge and Castle Grant systems. The third is completing the pumping station at the Lazaretto, St. Michael, pushing desalinated water into the St. Peter’s system for St. Peter and St. Lucy.

The final goal is the commencement of the St. Philip Water Augmentation Project. After conducting hydrogeological investigations in the St. Philip aquifer and constructing new wells, improved water quality in Barbados will be a reality for the people of St. Philip.