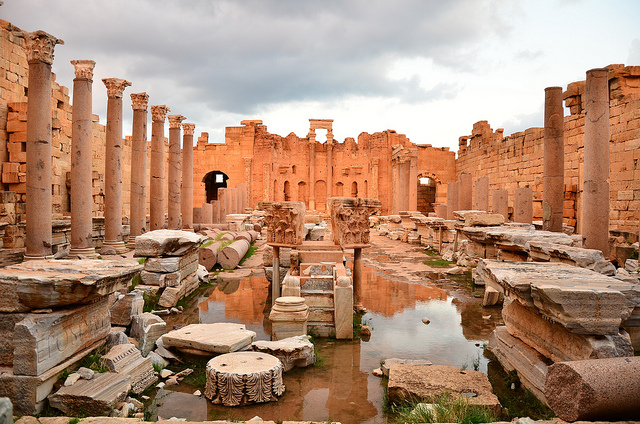 As a primarily desert country, Libya is a place where clean water is one of the most valuable commodities, used for agricultural production and human consumption. Increased levels of pollution from oil drilling and the salt water contamination of natural aquifers, however, have strained the water quality in Libya and made an already scarce water supply increasingly difficult to attain.

Most of Libya’s water exists in naturally formed aquifers located underneath the country’s vast deserts. The only geographic area to receive more than 100 millimeters of rainfall a year is the coastal region, which accounts for less than 5 percent of Libya’s land area. Because of this, water purity is an increasingly crucial issue.

Since the 1950s, the sea level in Libya has advanced approximately one to two kilometers inland due to global warming and rising ocean levels. The slow move inward has caused a dramatic increase in the salinity of groundwater found in natural aquifers, from 150 parts per million in 1950 to 1,000 parts per million in 1990, according to Rajab M El-Asswad, a professor at Al-Fateh University Tripoli. As a direct consequence, the amount of water available and the water quality in Libya is becoming increasingly stretched.

In addition to limiting the amount of water that can be accessed, the increased salinity of seawater has made the overall process of obtaining water in Libya more expensive due to the need for desalination.

As aquifer water salinity and the need for water increases, the Libyan government must expand its desalinization processes. Unfortunately, desalinization is expensive and may require the diverting of funds necessary to help a nation develop.

Coinciding with the water pollution seen from natural causes like rising sea levels, man-made activities like oil drilling also creates pollution. The increase in standard drilling procedures and techniques such as fracking have exposed the vast natural aquifers to contaminants and chemicals, another negative effect on the water quality in Libya.

As the population of Libya continues to grow and the supply of water slowly declines, increased foreign aid funding becomes more important. Funds could be used to help complete the Great Manmade River Project, which aims to install hydraulic equipment necessary to withdraw and transport water from beneath the desert to high population centers for consumption and agricultural purposes.

Clean water is essential for life and agricultural growth and is necessary for a healthy ecosystem. The issue of water pollution in Libya has devastating effects on the country’s people and ecosystems and is a cause deserving of increased foreign aid.