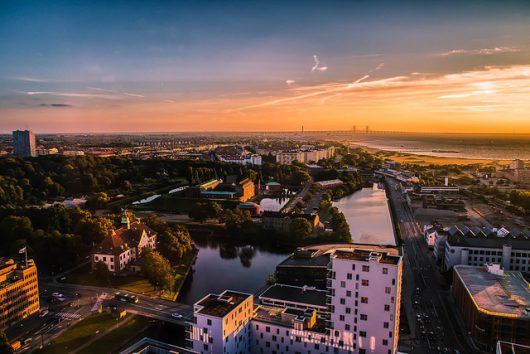 The annual General Debate of the 72nd Regular Session of the United Nations General Assembly (UNGA) was held at the U.N. Headquarters in New York City from September 19-25, 2017. This debate is a stage for world leaders to gather in discussion about the most vital global issues. The theme of the General Debate was “Focusing on People: Striving for Peace and Decent Life for All on a Sustainable Planet,” which is fitting for the state of our world today.

As the main deliberative, policymaking and representative organ of the U.N., the General Assembly provides a unique forum for universal discussion on the full spectrum of international issues. U.S. Agency for International Development (USAID) administrator Mark Green met with bilateral and multinational partners at the 72nd UNGA General Debate to discuss U.S. priorities in a number of key areas.

Development
As a major component of the U.S. approach to foreign affairs and national security strategy, development was a large focus of many of Administrator Green’s meetings at the 72nd UNGA. Representatives from all over the world met with Administrator Green to discuss the shared vision for increased efforts towards development assistance.

Specifically, Administrator Green met with European Commissioner for International Cooperation and Development Neven Mimica to discuss the importance of their cooperation in delivering development assistance that builds long-term resilience. The administrator and the commissioner discussed the possibility of financing future development projects through the new European Union External Investment Fund.

Administrator Green also met with Isabella Lövin, Minister for International Development Cooperation and Climate of the Kingdom of Sweden. The two agreed on the growing need to promote long-term development through building the capacity of national institutions and civil-society organizations to foster durable and self-reliant communities.

Global Health
Administrator Green announced that the U.S. President’s Malaria Initiative (PMI), led by USAID and the U.S. Centers for Disease Control and Prevention, will launch new programs in west and central Africa, including Cameroon, Côte D’Ivoire, Niger, Sierra Leone and Burkina Faso. More than 480 million people at risk of malaria have already benefited from existing PMI programs and this new expansion is estimated to benefit 90 million more.

Additionally, Administrator Green reaffirmed the U.S. commitment to global health programs at the World Health Organization and Stop TB Partnership reception at the 72nd UNGA. Green referred to eradicating tuberculosis as not a challenge of technology or intellect but rather a challenge of political will. The U.S. invests over $240 million each year through bilateral tuberculosis programs and partners with governments in 22 high-risk countries; however, Administrator Green highlighted the need for more partnerships and assistance in order to eradicate tuberculosis.

Just one day later, the U.S. announced more than $575 million in additional humanitarian aid for those affected by famine and violence in Yemen, South Sudan, Nigeria and Somalia. U.S. humanitarian aid in these four countries now totals $2.5 billion since the beginning of this year.

Although Administrator Green announced almost $1 billion in additional humanitarian aid in less than 48 hours, he noted that “humanitarian assistance, we all know, alone will not solve these crises.” Green reiterated the need for long-term political solutions that can only result from a common agenda for bilateral and multinational support.

Crisis Management
Administrator Green declared the U.S. commitment to pursuing political solutions to the massive displacement and victimization of people in the Rakhine State of Burma, the rampant violence in South Sudan, and the public health crises in Nigeria, Syria, and Yemen. With the world facing the greatest humanitarian crisis since 1945, Administrator Green met with many leaders to discuss paths to peace, stability and prosperity.

Canadian Minister for International Development Marie-Claude Bibeau and Administrator Green discussed tactics to combat corruption and promote transparency amid crisis resolution. Administrator Green also met with Secretary of State for the Department of International Development of the United Kingdom Priti Patel, where they noted the potential for much-needed increased bilateral cooperation in the wake of unprecedented crises.

In addition to the U.S. priorities above, Administrator Green addressed and discussed a variety of other priorities. The General Assembly is a unique platform for the discussion of issues that affect our world on a global scale, as it is the only one of the six principal organs of the United Nations in which all 193 member nations have equal representation. Although the world faces global challenges, each meeting and address at the 72nd UNGA alludes to global solutions.