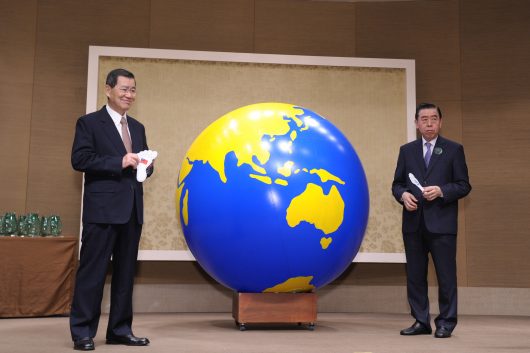 On September 15, Taiwan released its first Voluntary National Review at a forum meeting in New York. Taiwan has been working toward meeting the United Nations Sustainable Development Goals despite it not being a U.N. member.

The government of Taiwan has been actively establishing partnerships in agriculture, public health, education, environmentalism and information and communications technology. These partnerships have allowed Taiwan to advance its development in the areas of poverty, education, hunger, health and gender equality.

Additionally, Taiwan has an active recycling system, which has been introduced in Romania, where it is also being implemented. This system allows for the recycling of polyethylene terephthalate water bottles, benefitting the environment and communities of Taiwan.

Taiwan’s sustainable development efforts have also been working toward eliminating other harmful toxins found in items such as cosmetics. Beginning in January 2018, the nation will be prohibiting the production of cosmetics that contain small plastic particles, and fewer stores will be allowed to offer free plastic bags to customers.

The nation has already been seeing the positive effects of its environmentalist efforts. According to the Greenhouse Gas Reduction and Management Act, Taiwan’s carbon dioxide emissions are expected to reduce by half of the 2005 volume by 2050. The efforts being made by the Taiwanese government are benefiting the nation’s most vulnerable. By tackling climate change and other environmental issues, Taiwan is protecting its citizens who live off the land.

Additionally, Taiwan is seeking improvements in its healthcare, universal education and women’s political participation, which will provide more resources for the nation’s poor and historically subjugated groups. Working alongside a number of other countries, Taiwan has been successfully fighting diseases including Zika, Ebola and Middle East Respiratory Syndrome.

If Taiwan’s sustainable development continues to improve, the nation will see an increase in health, educational and employment opportunities and a decrease in poverty and the gender gap, which will put Taiwan on par with major developed countries.