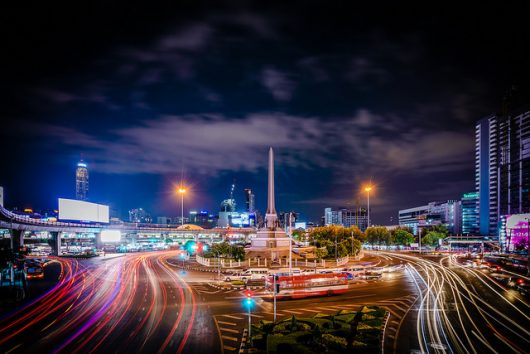 On August 28, 2017, Princess Chulabhorn Mahidol of Thailand visited the World Health Organization headquarters in Geneva. The purpose of her visit was largely related to her efforts regarding a widespread health concern, as Thailand is fighting to become a rabies-free nation. Princess Mahidol hopes to accomplish this goal in Thailand by 2020, which is line with a broader initiative to eradicate human rabies deaths by 2030.

Rabies is a fatal but preventable disease that predominantly affects southeast Asia and parts of Africa, but exists worldwide. The disease is transmitted through contact with an infected, warm-blooded animal. While most people are familiar with the transmission occurring by bite, the disease can also spread by saliva on broken skin or through a mucous membrane in the eyes, nose or mouth.

For Thailand, dogs present the greatest rabies threat to humans. There are an estimated 10 million dogs in the country. The National Health Institute suggests that about 10 percent of stray dogs in Bangkok carry the disease. These dogs pose risks to travelers, people who work around animals and playful children alike.

Thailand’s government has taken up this issue in part due to the specific risk rabies poses to the majority of the country’s population living in low-income rural areas. However, treatment with prophylaxis (PEP) is very accessible and affordable. Through mass dog vaccination and treatment of infected humans, Thailand has already succeeded in reducing human rabies cases by 90 percent since the 1980s. According to Chulalongkorn University’s Dr. H. Wilde, the most important next step is to get PEP out to the village level, because that is where Thailand “could save many thousands of lives.”

The villages of Thailand are far away from the hospitals of Bangkok and typically are host to the greatest levels of poverty. On a country-wide level, poverty has significantly decreased in the last 30 years. However, Princess Mahidol has recognized there is still a need for better healthcare among the impoverished. Princess Mahidol is seeking to send mobile units to provide care for people that do not have the means of acquiring treatment in bigger cities. This provision is possible as a direct reflection of the government’s fight against poverty. By focusing on reducing poverty and expanding welfare services, nearly everyone in Thailand is covered by health insurance, which makes the treatment even more accessible and affordable.

Thailand is working to become a rabies-free nation by 2020 and owes much of its success to its continued fight against poverty. By reducing the number of people affected by poverty and expanding welfare services to include broad health insurance, those in Thailand are likely to see the end of rabies soon.