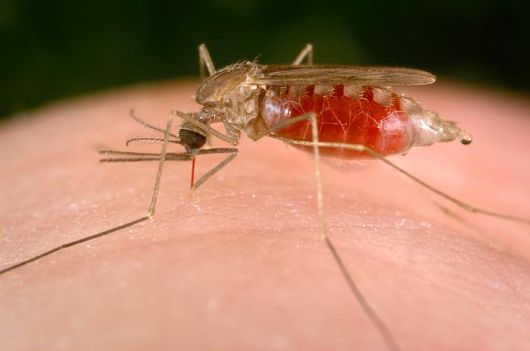 Malaria is a disease caused by Plasmodium parasites, which are carried by Anopheles mosquitos. The mosquitos thrive in high temperatures, making malaria more common in tropical and subtropical regions. According to the Center for Disease Control, common symptoms include fever and flu-like illness, along with other issues, depending on the strain. The disease can also cause anemia and jaundice. Without treatment, malaria can lead to more severe issues and can be fatal. The following are some lesser known facts about the disease.

1. The United States was not considered free of malaria until 1951.

While many picture malaria being concentrated in more tropical areas, malaria was once prevalent across the globe. Malaria has been eliminated from several mild-weathered developed countries. In order to be considered officially free of a disease, a country needs to have no new cases of the disease for three years. The United States did not completely eliminate malaria until 1951, according to the Gates Foundation.

2. There are five species of Plasmodium parasites that cause malaria in humans.

P. falciparum, the deadliest of the species, can be found in tropical and subtropical areas around the world and is especially predominant in sub-Saharan Africa.

Another species, P. vivax, is the most prevalent of the five species and is found mostly throughout Asia, Latin America and some parts of Africa. Meanwhile, P. ovale is found predominantly in West Africa. P. vivax and P. ovale are both dormant for several months or years before they activate within an infected human being.

While these three species have a two-day replication cycle, P. malariae has a three-day cycle. Without treatment, this species can create a chronic infection that can last throughout one’s lifetime.

Finally, P. knowlesi is a species found in Southeast Asia that was recently shown to be a cause of zoonotic malaria. This species has a one-day replication cycle.

3. Malaria can either be categorized as uncomplicated or severe.

Uncomplicated malaria attacks tend to last between 6-10 hours and generally involve a cold stage, a hot stage and a sweating stage. Meanwhile, severe malaria is much more likely to be fatal. It involves infections of organs or the blood and can lead to abnormal neurological behavior, kidney failure, severe anemia, seizures or other effects.

4. The treatment used in the 17th Century is still used widely today.

In the early 17th century, indigenous tribes in Peru taught Jesuit missionaries about the cinchona tree’s medicinal bark and its effectiveness in treating fevers. The medicine from the bark is known as quinine, which has been seen as one of the most effective drugs in treating malaria. It is still one of the major antimalarial drugs used to treat the disease today.

5. There is a positive correlation between malaria and poverty.

While it is argued that both conditions feed into one another, it is clear that poor countries, who are most severely affected, have the least access to effective treatment and services for malaria. Malaria does not only affect both the physical and economic health of individuals, but it also affects the health of nations who need to deal with malaria systematically. According to the World Health Organization, Africa spends roughly $12 million annually addressing problems related to malaria, and economic growth in malarious African nations is therefore slowed by up to 1.3 percent annually.