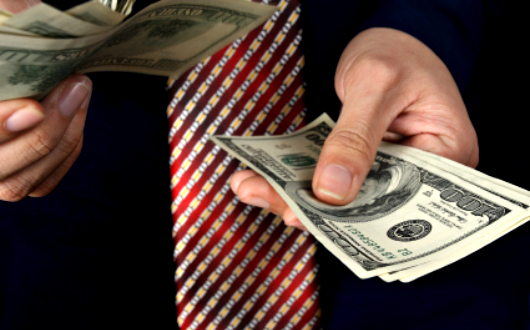 Although much important philanthropic work is done by volunteers on the ground, it is important to remember that some of the most significant contributions to worthy causes come in the form of monetary aid. Donations from wealthy individuals and groups are the life-force for nonprofit organizations trying to help those in need. Some of the most influential benefactors are large corporations which donate to causes as small as funding local sports tournaments and as large as making a stand against human trafficking.

Companies invest billions of dollars each year in efforts to make a positive impact on the world. According to the 2012 Giving in Numbers report generated by the Committee Encouraging Corporate Philanthropy (CECP), corporate giving is on the rise. From the survey of 240 companies, the CECP discovered that giving in the year 2012 totaled US$20.3 billion. This sum was a substantial increase from the previous year and continues the rise in corporate donations observed in the 5 years prior. From 2007 to 2012, the CECP recorded a 42 percent increase in corporations’ giving numbers.

Matched employee donations account for a large part of these numbers for at least 181 of the 240 companies surveyed. Per company, the average total amount raised from employee payroll deductions in 2012 was $2.33 million. The efforts of employees to donate to worthy causes are beneficial to the corporations for which they work as it makes the corporations, as a whole, appear more charitable.

Employees are more likely to contribute to causes when they have wide access to those that are important to them and are not restricted in their giving opportunities. In order to meet their corporate philanthropy objectives, some companies have begun to utilize social giving platforms that allow employees to form groups around the issues about which they are most passionate. An example of one of these platforms is Givelocity, a social network that allows people to join “giving circles” revolving around the issues users find most important. Companies that are comfortable with doing business online may find that these platforms provide a new method to get their employees involved in philanthropic activities.

These glowing facts and statistics aside, there is a dark side to corporate philanthropy. One might wonder whether companies donate to causes because they care about their impact or merely because they want to bolster their own success. Donating to the community creates a heroic image for companies both large and small, and the goodwill that corporate philanthropy generates can increase customer interest and improve consumer opinions. Although corporate donations are impactful now, one might worry that if generosity becomes bad for business, companies might choose selfishness instead.

Whether or not the motives of giving corporations are wholly admirable, it cannot be denied that the efforts of companies to give back to the community are effective in growing local economies. Corporate donations are, after all, derived from the community in the first place and are rightly used to generate income back in that community. In areas below the poverty line, companies are able to generate new markets and opportunities for people who may never have had access to certain products before. In this way corporate philanthropy benefits both the buyer and supplier. From a savvy business perspective, new consumer income is readily available to go right back to the company, but it also means a higher quality of life for those taking advantage of the growing economy.