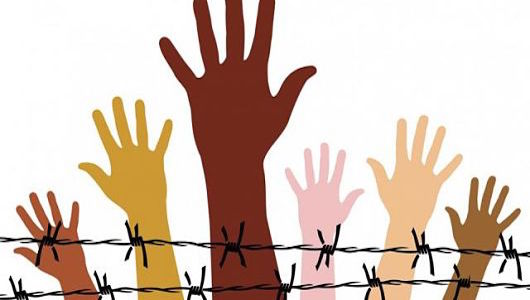 Of the 197 countries of the world, there are 20, including three territories, considered to be the most societally repressive. Burma, Equatorial Guinea, Eritrea, Libya, North Korea and Sudan are at the top of the global list for countries that are among the worst abusers of human rights. To be deemed an abuser of human rights, civil liberties and political rights are the violations assessed, and these particular countries mentioned above have concurrently been on such lists in the previous years.

In North Korea, human rights abuse is plentiful. Prisoners, mostly consisting of impoverished individuals locked up for committing petty crimes in their efforts to survive, are subject to horrific treatment. In 2011, 120,000 prisoners were held in gulags, starved and later publicly executed by firing squad. North Korea’s appalling human rights record is no secret throughout the world. The political figurehead, Kim Jong-Un, is more ruthless than his father: he regularly inflicts mass atrocities, publicly and purposefully, against his population. He ordered women to drown their own babies in buckets, for example, and also ordered the execution of his uncle and former girlfriend despite the fact that there was no tangible evidence of either of them ever having committed crimes.

In September 2012, a UN investigation that collected responses from a study of North Korean defectors compared life in North Korea to that of the German-run concentration camps in World War II. Firing squad executions occur at unprecedented levels. To date, there are still over 100,000 people awaiting their public execution in the gulags.

In South Sudan, bloody massacres occurred, claiming the lives of 100,000 refugees. Later, evidence of mass graves and violent attacks on U.N peacekeepers were unearthed. Despite the independence given to South Sudan in 2011, internal conflict in 2013 emerged with abundance, resulting in numerous human rights atrocities and the targeting of the poor for extrajudicial killings. Almost 100,000 people have been displaced as a result of the violence.

It is also said that countries such as Syria, Somalia, Turkmenistan, Libya, Cuba and Saudi Arabia are more places where people suffer from some of the most severe, systematic abuses of human rights. Countries consumed by overwhelming, audaciously rampant violence and sexual abuse against women are considered guilty of crimes against humanity — these actions display pervasive humanity.

In Saudi Arabia, political prisoners are held in detention, and democracy is silenced by threats of intimidation and arrests, all while women continue to face major oppression. It is said that 2013 was one of the worst years for human rights in Saudi Arabia. Females and the poor are considered to be at the bottom of the totem pole, often denied legal rights and knowingly oppressed by the country’s political entities. Women are not allowed to drive or vote, despite the fact that there is no express law making it illegal.

The way that the governments of global powers have responded to the atrocities is disappointing, illuminated by a lack of transparency and accountability and the acceptance of both blatant malevolence and a disregard for human life. Many countries have been criticized for failing to refer these matters to the International Criminal Courts to rectify human rights violations. The UN has deployed peacekeeping troops in such countries to bolster its efforts to protect civilians. Despite such efforts, UN compounds have been targeted and raided as recently as this year — an indication of the prolonged continuation of human rights violations.