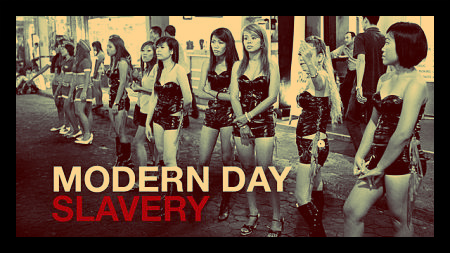 “Elementary students across America are taught that slavery ended in the 19th Century. But, sadly, nearly 150 years later, the fight to end this global scourge is far from over.”

Hillary Clinton wrote these words in an op-ed she penned as Secretary of State. Her words were calling the world’s attention to the hideous prevalence of modern slavery. Slave owners often hide the practice behind words and phrases such as “bonded labor,” “human trafficking” and “forced labor,” yet nothing changes the fact that human beings are being enslaved.

Calling for people, organizations and governments to “redouble our efforts to fight modern slavery,” Secretary Clinton advocated for using “every available tool” to set the international community on a course toward the eradication of modern slavery.

4. 55% of slavery victims are women and girls

6. An estimated 60,000 victims of slavery are enslaved in the United States.

7. Iceland, Ireland and the United Kingdom tied for the ranking of 160 in the 2013 Global Slavery Index. However, even with the top ranking in the survey, these countries are not free from slavery. In the United Kingdom alone, there are an estimated 4,200 to 4,600 victims of slavery.

9. India has the largest number of slavery victims at a horrifying 14 million.