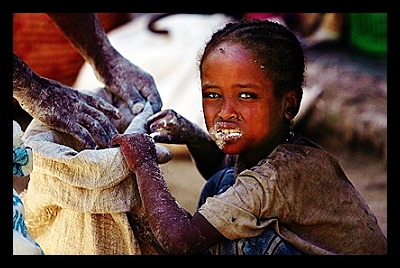 Benin is a small country in West Africa with a population of roughly 10 million people. Once the site of Dahomey, a West African kingdom that thrived because of its involvement in the slave trade, Benin has been stricken by widespread poverty since gaining independence from France in 1960. Though Benin has a relatively stable democratic government, it remains one of the poorest countries in Africa. Listed below are ten facts about poverty in Benin.

1. Almost 40 percent of Benin’s population lives below the poverty line.

2. Initiatives supported by the IMF and the World Bank have helped Benin’s economy to grow an average of 4.0 percent annually over the past ten years, raising its national per capita income to $780 in 2011.

3. Benin’s economy relies mostly on the cotton trade, and agriculture is the main source of income for 70 percent of the country’s workforce.

4. Benin’s economy is vulnerable not only because it is based primarily on agriculture but also because re-export trade with Nigeria makes up roughly 20 percent of its GDP.

5. There are an average of 58.54 deaths per 1,000 live births in Benin, giving it the 27th highest infant mortality rate in the world.

6. 44.1 percent of Benin’s population is fourteen years old or younger.

8. Benin ranks 166th on the UN’s Human Development Index out of the 187 countries and territories evaluated.

10. Extreme poverty has caused human trafficking to increase in recent years. Children can be sold to rich families in neighboring countries for as little as $15.