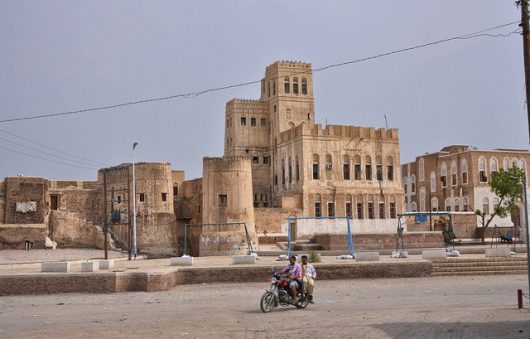 Amid the continued civil unrest and armed conflicts, the Republic of Yemen’s human trafficking crisis is continuously getting worse. The weakening of Yemeni government control over a significant portion of territory, following the 2011 uprising, has allowed human trafficking to thrive. Now, NGOs are reporting that vulnerable populations are at an increased risk of falling victim to the human trafficking network.

Yemen’s human trafficking crisis has not been properly addressed since 2006. According to the U.S. State Department’s annual Trafficking in Persons report, released in 2014, Yemen was demoted from a Tier 2 to a Tier 3 rating. Tier 2 recognizes that a nation does not comply with the Trafficking Victim’s Protection Act’s (TVPA) standards but is making efforts to achieve compliance.

Yemen’s current Tier 3 rating (since 2011) means that Yemen is not complying with the TVPA and that it has ceased making significant efforts to improve. That same year, the United Nations Refugee Agency reported over 103,000 new arrivals in Yemen, having been smuggled or trafficked to the country.

However, the greatest threat is the inherently increased risk for human trafficking due to the nation’s failure to implement and enforce any anti-trafficking laws. The lack of government control has also resulted in little oversight or activity in the courts. Without the government to prosecute, convictions and punishments are not being sought.

Allegedly, some officials willfully ignore the trafficking crimes in their regions. The most vulnerable to Yemen’s human trafficking crisis are migrant workers who attempt to flee poverty by finding work in the Gulf states and are unaware of the situation. As they travel to their destination, they are caught in large crowds, pushed overboard, and taken hostage by the smugglers.

Locals are also at risk. A common practice known as “sex tourism” (described as brief marriages between visitors and young Yemeni girls) has largely resulted due to raising poverty levels in rural areas.

The criminal networks do not stop at Yemen’s borders, but rather extend to Ethiopia, Djibouti and Saudi Arabia. As the smugglers continue to move victims internationally and Yemen further develops into a place of origin and transit, the chances that victims are recovered and returned to their families decreases.

By combatting poverty in Yemen, many of the workers who desperately search for opportunities and fall prey on fraudulent job offers would decline. However, until people can provide food and basic necessities for themselves, they may have no choice but to accept any work they can. Unfortunately, smugglers will exploit this. Thus, by combatting poverty, Yemen’s human trafficking crisis can be addressed, too.