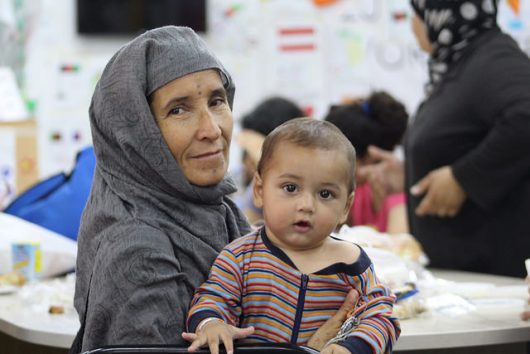 Oman is a coastal nation that sits on the Arabian Peninsula, south of Saudi Arabia and east of Yemen. In light of the Syrian civil war and refugee crisis, as well as the ongoing conflict in Yemen, Oman hasn’t been as prominent in the news. However, Yemeni Refugees in Oman are faced with a stark reality.

Oman has taken in many refugees from its neighbor Yemen, which is currently experiencing a civil war sparked by a rough transition of power from longtime authoritarian leader Ali Abdullah Saleh to his deputy, Abdrabbuh Mansour Hadi, in 2011.

The Houthi rebels, representing Yemen’s Shi’a minority, took advantage of the chaos and seized large swathes of territory, including the capital of Sana’a, while Hadi fled to the coastal city of Aden. Al Qaeda, which has long had a foothold in the region, has also been involved in the conflict. As of May 2017, the U.N. estimated about 10,000 people have been killed in Yemen, mainly civilians.

In response to the increasing instability in Yemen, an eight-nation coalition of Arab states, led by Saudi Arabia, launched Operation Storm of Resolve against the Houthis. Oman, while a member of the Gulf Cooperation Council alongside the Saudis, is one of the few nations in the region in the region and the only one in the council not to intervene militarily. Instead, it has opted to support Yemen through humanitarian aid and taking in Yemeni refugees.

Officially, the Omani government refuses to give the exact numbers of refugees it takes in, but its officials estimate about 2,500 Yemenis live in the country, many illegally. Many of the refugees have lost their families, or come to Oman in search of adequate medical care. According to the U.N., only 45 percent of Yemeni hospitals are fully equipped. By March 2017, about 1,200 Yemeni refugees in Oman have received medical treatment at Omani hospitals, according to Oman’s health ministry.

Oman forbids refugees from working in the country, but many do to send money back home to families who desperately need it, with Omani authorities often turning a blind eye. However, the strain the intake of Yemeni refugees puts on the country has not gone unnoticed. “It is definitely going to be a burden to Oman if the war situation escalates in Yemen,” political analyst Khalfan al Maqbali saisd.