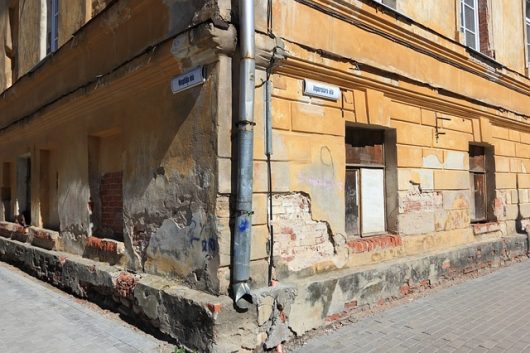 The Latvian population has faced many struggles, ranging from political violence to the deepest recession in the world when the financial crisis hit in 2008. In 2013, 32.7 percent of the population in Latvia was at risk of poverty, and that number is only increasing as time goes on. The Latvia poverty rate is extremely high, and it is the third-poorest country in the European Union.

In 2013, the Latvian government developed a policy of turning “welfare into workfare.” This is the practice of welfare being given only for jobs, like road-sweeping. Unfortunately for the government, this resulted primarily in depopulation. While Latvia has had massive amounts of emigration for many years, since this action it saw negative 14,262 net migration. This means that it had far more emigration than immigration.

The highest demographic exiting the country was people of working age, between 15 and 61. This has become a major concern for the Latvian government. Its workforce has decreased massively but unemployment rates are still quite high, resulting in a very high poverty rate.

That being said, there are ways to reduce the Latvia poverty rate, but they will take quite a lot of work from the Latvian government. There are some policies that were enacted before 2010 to address poverty but they were not very effective. There is a minimum wage in Latvia which was updated in 2009 and serves as a very indirect measure for reducing social inequality. Additionally, families are able to apply for social support, so long as they can prove that the income of each family member does not exceed 50 percent of the minimum wage for three months.

The government has not put more measures or economic programs in place for protecting the working class or the unemployed, and this will have to change immediately in order to both encourage repopulation and reduce poverty. There is also a great need for more information collection in the population. Little is known about how current poverty measures are benefiting the Latvian population — if at all.

While current measures are somewhat helpful, Latvia really needs more legislation that will limit the number of people in poverty and put in place measures for improving their economic status. There are currently no policies relating to lifting citizens up out of poverty which is particularly important because the poverty prevention methods really aren’t working. Latvia has quite a way to go before it can consider itself poverty free, but the dedication of the Latvian government and the commitment of other members of the European Union to aid them is a good place to start.