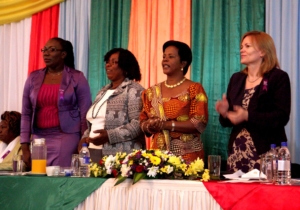 Zimbabwe is a country in Southern Africa with more than 6.6 million people living in extreme poverty. Despite its struggles with issues such as economic trouble and food insecurity, there have been significant improvements in women’s rights in Zimbabwe over the past few decades.

Concerning the official laws, the national government has made some progressive changes to its constitution and policies to improve women’s rights in Zimbabwe. The official Constitution of Zimbabwe promotes gender equality by stating that men and women are equal, as well as outlawing sex or gender-based discrimination and behavior.

Throughout the 2000s, lawmakers passed numerous pieces of legislation to protect women and girls. This legislation banned marital rape in 2006 and further, legislators passed another domestic violence act in 2007. The 2007 act outlawed many traditions considered harmful to women.

However, many of these laws remain disregarded in practice due to the format of Zimbabwe’s government. Most of the laws passed are statutory, but there are also customary laws that function on a smaller scale. It is common for obedience to customary laws to occur. Yet, often, citizens disregard statutory laws or there is little to no enforcement in the first place.

One of the most concerning issues in women’s rights is the high rate of child marriage. Unfortunately, many under-aged girls find themselves in early marriages, typically by force. It is estimated that “one in four girls aged 15–19 are married.”

Most of these marriages occur because of the divide between statutory and customary law. Other than civil marriage, an additional two types of customary marriage exist: registered and unregistered. These latter two types often disregard child marriage laws and force young girls into marriage.

On a positive note, Zimbabwe’s government strives to end child marriage by 2030. Additionally, various organizations such as Girl Child Network and UNICEF have provided resources to help combat these forced marriages with successful outcomes.

Zimbabwe has a patriarchal, societal system that often oppresses women in both the home and the workplace. Society expects these women to follow traditional, gender roles. Thus, encouragement for women to pursue careers in politics or other influential positions is scarce.

Zimbabwe formerly had a goal of “50% representation of women in all decision making bodies by 2015,” as women are greatly underrepresented in government. However, the country has not met these quotas. Women who announce a political campaign are often met with harassment, threats and other acts of violence. These pressures discourage women from running and even force some to end their campaigns, altogether.

One organization that strives to fight this issue is the Women in Politics Support Unit (WiPSU). Its main goal is to train and empower women in Zimbabwe to successfully run for office. To do so, WiPSU provides leadership-development workshops and other resources, as well as a group of supportive women to stand beside one another. This initiative has helped create successful campaigns and increased opportunities for women.

While there is still an urgent need to improve women’s rights in Zimbabwe, it is also important to recognize the progress that has been made thus far. The women’s movement in Zimbabwe is strong and shows no sign of wavering as parties nationwide work to gain the gender equality promised by their constitution.

Hunger in Mexico: The Continuing FightHealthcare in Thailand: Bridging the Gap
Scroll to top