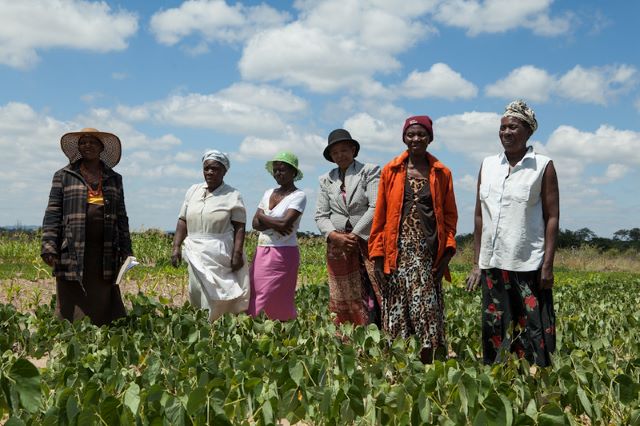 Like many other African nations, there has been an ongoing battle for the women in Zimbabwe to see equal opportunity and protections as men. Traditionally, women are considered dependents of men. Because of this historical reliance, women often find themselves in abusive or harmful relationships and the marriage of girls younger than the legal age often comes from necessity. As of 2019, cases of marriages of girls under 15 have risen to 5.4%, despite laws classifying the act as illegal. However, recent developments evidence that an increase in women’s autonomy is possible in the southern African country. This has come both in the form of laws and activist organizations taking steps to advance women’s rights in Zimbabwe. Forward progress could help to ensure equality and protection for girls and women in the nation.

Traditionally in Zimbabwe, in marriage, property ownership rights are to the advantage of males and the husband is considered the owner of the property. This secures a position wherein women are solely dependant on men and sole ownership of property by a female is rare. While men and women are just as likely to enter joint ownership deals, 22% of men are sole landowners compared to only 11% of women.

This could all begin to change after a decision by the Zimbabwe Supreme Court that entitles both partners an equal share of their property upon divorce. Under this decision, women in Zimbabwe can now choose to divorce partners without the risk of giving up all possessions and property that is rightfully theirs. Women in violent or abusive relationships now have more of a chance to move on and provide for themselves and their children after divorce. This large step in women’s land rights signals that women will more commonly be considered independent, countering traditional beliefs in Zimbabwe.

No Expulsion for Pregnant Female Students

In the face of school closings during the COVID-19 outbreak, the Zimbabwean Government is trying to ensure all female students feel safe to return to school once they reopen. Many young women in Zimbabwe find themselves victims of sexual abuse, therefore unexpected pregnancy is not uncommon. Often this will lead to women seeing no options other than early marriage and dropping out of school. In 2018, a study found that nearly 13% of school dropouts were due to unexpected pregnancy or marriage. However, schools have also been known to expel female students due to pregnancy.

In August of 2020, Zimbabwe restrengthened an amendment stating that it is illegal to expel female students due to pregnancy. The amendment, introduced in 1999, has not been strongly backed and many schools continue to punish students rather than give them the further support they need. This insurance to a proper education gives many women an option beyond becoming dependent on an educated man and the opportunity to become more self-reliant. It is also intended for the increased support of female students to reduce the dropout rate. This is a step in the right direction away from reliance on early marriage for the survival of many poor women in Zimbabwe.

Several organizations are working in the nation to advocate and work toward increased women’s rights. One such group, 18+, has focused on lowering child marriage in the country as a whole. A study found that in 2019, nearly 25% of young women were married before the age of 18 years old. 18+ is using Zimbabwe’s media to get its message across and is working to provide young women with information and resources on reproductive health and female empowerment.

Roots Africa is another advocacy group working to advance women’s rights in Zimbabwe. Having seen some success in lobbying for legal amendments in the past, the group currently has its sights set on review of the Zimbabwean Termination of Pregnancy Act. This would allow more women access to safe abortions in Zimbabwe. Currently, the only way to legally have an abortion is if the mother or child has a health risk or the mother can prove the pregnancy was a result of rape. Roots Africa has been known to fight the normalcy of domestic abuse against women, supporting legislation such as the Domestic Violence Act in Zimbabwe.

The Future of Women’s Rights in Zimbabwe

The work of women’s rights groups in the country promises a better future for Zimbabwean women. Along with continued support from the Zimbabwean Government, this could mark a turning point for women’s equality in the nation. Though it is currently too soon to note any effect of these new laws, if they are correctly enforced, there will be a significant advancement in women’s rights in Zimbabwe.