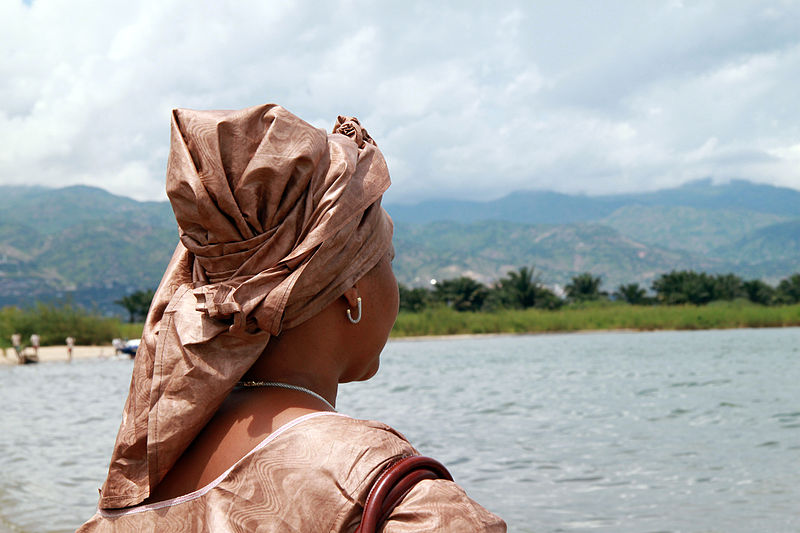 Located in Africa’s southeastern region, Burundi, a heart-shaped nation bordering Lake Tanganyika and Rwanda, is one of the poorest countries in the world. With a poverty rate of nearly 75 percent, the nation is largely underdeveloped. In terms of women’s rights, life in Burundi could be better, as many of the country’s citizens cling to discriminatory perspectives that hold their women back. Despite this, the country has made great strides toward cultivating a more equal nation, such as in 2005 when it included gender equality in its reformed Constitution.

In Burundi, discussing sex is generally viewed as a taboo subject. Without the occurrence of these necessary conversations, sexual education is often replaced by false information, and many of the country’s citizens fail to understand their own bodies; an issue most dangerous when it comes to young women and girls. Without knowing the way their bodies work, many Burundian women experience unplanned extramarital pregnancies, and because of Burundi’s negative prejudice toward non-marital pregnancy, many of these girls are often ostracized from their communities, kicked out of their homes and forced out of their schools.

Pamella Mubeza, a native to Burundi, fell victim to this system at a young age. Though, after seeing the prevalence of her issue among other Burundian women, she began an organization known as l’Association des mamans célibataires (the Organisation for Single Mums). Through the organization, Mubeza travels to some of the most impoverished places in the city of Bujumbura, such as Kinyankonge and Kinama, and works with young single mothers to not only re-enroll them in school but to rebuild the self esteem their homeland formerly shamed out of them. By 2019, Mubeza’s organization was able to re-enroll 40 young women in schooling and instilled 250 with a newfound desire to learn.

CARE Burundi, a non-profit organization that works to improve the impoverished realities of women and young girls, is also working to help solve the issue. In 2016, the organization launched an initiative known as the Joint Programme, a 4-year-long project that provides Burundian girls with comprehensive sexual and reproductive education through a comprehensive sexuality education (CSE) curriculum called “The World Starts with Me” (WSWM). The program educates young women about their rights and their bodies, and after its first year of implementation, it was taught in 76 Burundian schools and educated 6,007 young women.

Access to female hygiene products is another one of Burundi’s sexual health problems. With sanitary napkins costing up to 2,000 Burundian francs and the country regarding menstrual periods as shameful, many of the nation’s women turn to unhygienic sources, such as grass and plastic bags, during their menstrual cycles. However, the Organisation for Single Mums is working to combat the problem, as they hand out 1,500 free sanitary napkins to Burundian women each month.

Sexual violence against women is a growing problem in Burundi. With nearly 23 percent of Burundian women experiencing sexual abuse, and 50 percent of these victims being under the age of 13, the prevalence of gender-based violence in Burundi is undeniable.

Due to the nation’s connection between shame and sexuality, many sexual abuse cases often go unreported, so the number of women experiencing them is likely much higher.

However, through the help of UNICEF and NGO partner Caritas Burundi, Burundian sexual violence is being challenged. Through an initiative known as the Giriteka project, UNICEF and Caritas Burundi are bringing together the nation’s doctors, psychologists, nurses, community leaders, local authorities and religious leaders and teaching them how to best care for their nation’s sexually abused women. From training psychologists on how to prevent gender-based violence to working with religious leaders on how to direct victims toward help, thanks to these organizations, women’s rights in Burundi are not only being protected but defended.

However, this same level of equality cannot be seen in the country’s distribution of land.

Access to property ownership is the largest barrier Burundian women face when seeking economic equality. While 80.2 percent of the country’s people own land, women make up only 17.7 percent of them since the country lacks proper legislation that prohibits male succession traditions from overriding women’s rights.

Public opinion may be partly responsible for these discriminatory practices since 57 percent of the nation’s people believe women and men should not have equal land rights when it comes to inheritance.

Despite this prejudicial reality, U.N. Women is making women’s pathway to land ownership easier by providing them with monetary loans.

Also, the Zionist Organization of America has created an initiative meant to advocate for female land rights in Burundi by urging the nation’s women who do own land to register it.

By working at the community level, these organizations are advocating for the economic endeavors of Burundian women, and actively challenging the misogynistic gender norms that have been placed upon these their lives.

While women’s rights in Burundi are far from equal, the good news is that great work is being done to better them. Thanks to organizations like U.N. Women and initiatives such as the Giriteka project, women in Burundi are not only being cared for but heard. By advocating for women’s rights, these organizations are not only providing Burundi’s women with the freedom to hope for a better life but also to live one.

The ARDA: Addressing Homelessness in ArmeniaHow the Breakdown of the Nuclear Deal has Affected Poverty in Iran
Scroll to top