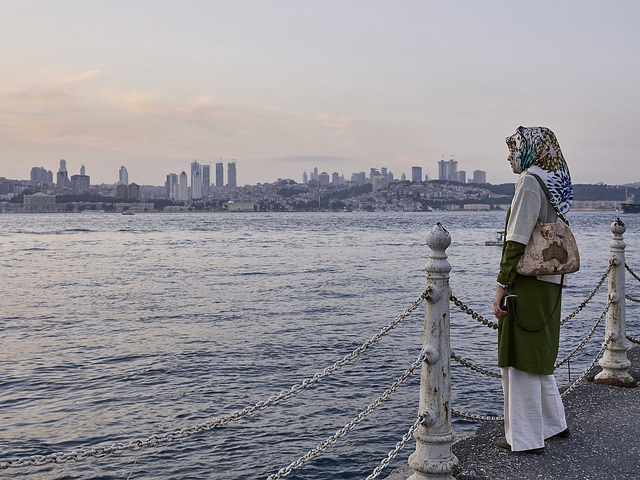 The country of Turkey is located in between the European and Asian continents. Technically, the nation belongs to both continents, with 95 percent of Turkey’s landmass geographically located in Asia and the other five percent in Europe. This has led the Republic of Turkey to have evolved cultural influences from both the European lifestyle and the Asian way of life.

Even so, Turkey is a nation still heavily based upon tradition. Based on traditional values, women within the Turkish society rarely work outside the home or with men they are not related to. High-status job positions in almost all fields, except domestic, are taken by men, whilst the women are expected to stay at home mothers and wives.

Over the past several decades, though, women’s empowerment in Turkey has faced a turning point. Turkish women can now work as bankers, teachers, lawyers, engineers and more. A small but encouraging number of women even work as politicians. In spite of this being the case, women in Turkey still are not seen as equals to men. According to U.N. Women, women in Turkey make approximately 44 percent of the earnings that men make.

In the majority of households, the man has more power than the woman. The woman is expected to limit herself by choosing to take on a motherly role for the children, and being a dedicated and loving wife to her husband, even when faced with violence. As recorded by the National Domestic Violence survey, up to 38 percent of married Turkish women had suffered abuse from their husbands in 2014.

As mentioned before, the perception of women in Turkey is slowly starting to change. Throughout the 2000s, the Turkish government has adopted multiple pieces of legislation aimed at protecting women from domestic violence and eradicating gender-based discrimination. However, even though laws have been passed, the implementation and enforcement of such laws has not been as successful.

Gender equality is not yet a reality in the country, but women’s empowerment in Turkey has grown in the past few years. In fact, there is a United Nations campaign focused solely on improving the lives of women in the Western Balkans and Turkey. Initiatives, such as the three-year program Implementing Norms, Changing Minds, fight to end violence and discrimination against women, giving particular attention to women belonging to the most disadvantaged groups.

Furthermore, through the More and Better Jobs for Women project, the International Labour Organization (ILO) fights to create awareness about women’s employment opportunities. Developing women’s employment and creating decent work opportunities are some of the goals undertaken by the organization. By better serving the women of Turkey, the ILO hopes to increase the number of women employed in the labor force, only 26.7 percent of the female population as of 2014.