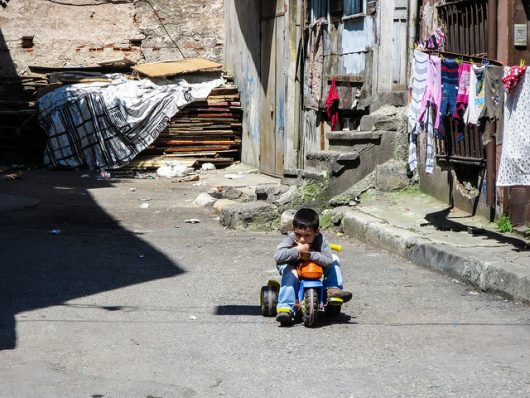 Poverty in Turkey? Despite seeing rapid growth and development as a nation, Turkey continues to face a recurring problem with poverty amongst its citizens. Though the nation’s gross domestic product (GDP) has nearly tripled in the past ten years, according to the United Nations’ Human Development Report, many of Turkey’s citizens are not seeing this growth and are caught by the causes of poverty in Turkey.

The Daily Sabah, a Turkish newspaper based in Istanbul, reported in May that the monthly poverty threshold increased by nearly 500 Turkish liras to reach just shy of 5,000 liras (or $1,400). This threshold delineates the monthly expenses of a family of four. If their household income falls below the threshold they will be unable to afford housing, clothes, food, heat, electricity or other utilities.

Data released by the Turkish Statistical Institute indicates that the severe material deprivation rate – a statistic similar to the monthly poverty threshold that tracks families’ abilities to afford at least several basic material essentials such as food and heating – increased from 29.4 percent in 2014 to 30.3 percent in 2015 (the last two years with available studies).

The causes of poverty in Turkey, as an opinion piece by Turkish novelist Kaya Genc claims, lay partly on the shoulders of Turkey’s track record of huge income inequality. Genc notes that the top 20 percent of Turkish families hold over 45 percent of the country’s GDP, while the bottom 20 percent have just over six percent of the GDP.

The Rural Poverty Portal notes that, in 2014, the majority of people in poverty in Turkey lived in rural areas, where the rate was over 35 percent below the poverty threshold to merely 22 percent in urban areas. This rural-urban inequality stems from several factors:

Genc theorizes that this inequality can likely trace its roots back to longstanding negative attitudes of Turkey’s poor, both rural and urban, by its upper classes. Genc writes: “For decades, Turkey’s poor were characterized as backward, conservative, religious-minded people who represented the worst of the society.” Despite the country’s wealth increasing overall, Turkey’s wealth inequalities must be addressed to get at the root causes of poverty in Turkey.