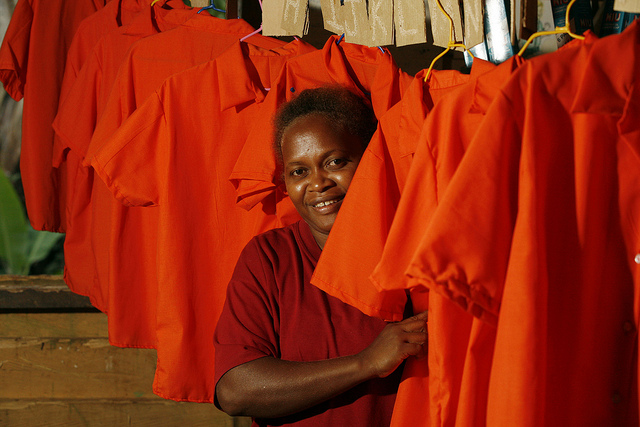 The third-largest nation in the Pacific, the Solomon Islands, is located northeast of Australia and west of Vanuatu. It has a population of about 600,000 with a land area of almost 28,000 square kilometers. Women’s empowerment in the Solomon Islands currently endures great difficulties, though is in progress. Despite the ratified conventions passed to eliminate any form of discrimination against women in 2012, there is no legislation on domestic violence, such as marital rape, in the Solomon Islands.

In 2007, only 67 percent of adult females and 84 percent of adult males were literate in the Solomon Islands. While this sharp contrast has gradually shrunk in the past ten years, women performed poorer than men in gross enrollment at almost all levels of education. In tertiary education, female students took up only 38 percent of total enrollment in 2012, and were concentrated in tourism, hospitality and education.

Another concern for women’s empowerment in the Solomon Islands is related to improving their health conditions. Malaria infections are high in pregnant women and children. There is a shortage of fresh water, fruits and vegetables in women’s diets, and this contributes to a high maternal mortality rate. Huge numbers of sexually transmitted infections come from early marriage, sexual violence and culturally sanctioned male infidelity, all of which contribute to gender inequality in the nation.

Lower levels of education and vulnerability to health issues leads to the poorer status of women in the economy. A large gap in employment rates sees 72.2 percent of men and 60.4 percent of women employed in the Solomon Islands. Land ownership and other traditional property rights still exclude women, despite the fact that 76.2 percent of women are involved in subsistence work, compared to 58.1 percent of men.

Female political leaders in this nation are almost nonexistent. Freda Tuki Soriocomua is the only woman holding one of the 50 seats in parliament, and also serves as minister for women. As claimed by the Inter-Parliamentary Union in June 2017, the Solomon Islands has the sixth-worst representation of women in parliament in the world.

Furthermore, due to the lack of domestic violence legislation, violence towards women in the Solomon Islands is a serious issue. As reported by the Family Health and Safety Study in 2009, among women aged 15 to 49 who had ever had a partner, 64 percent had experienced physical or sexual violence. About one-third of women reported being sexually abused before age 15, while around 10 percent of women reported physical violence during their pregnancy. Actual numbers could be even higher due to incomplete statistics.

Besides the 2012 ratified conventions and other regional commitments, U.N. Women in the Solomon Islands has been running a variety of programs to promote gender equality. These programs include Advancing Gender Justice in the Pacific, Ending Violence Against Women, Increasing Community Resilience through Empowerment of Women to Address Climate Change and Natural Hazards, and Women’s Economic Empowerment.