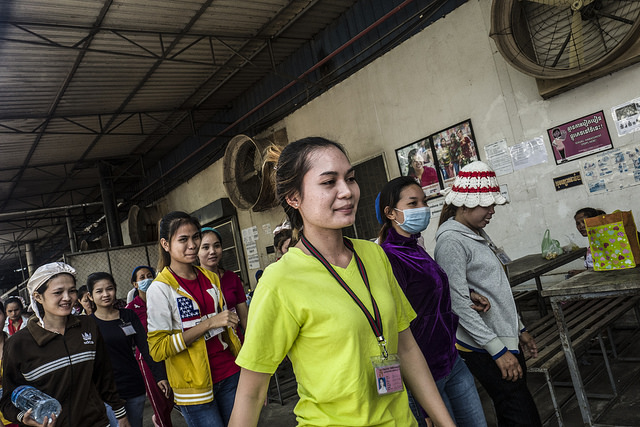 Slightly smaller than the state of Oklahoma, the Southeast Asian country of Cambodia has a population of about 16 million, with over half being women. The country is rich in natural resources and has very low levels of unemployment. Despite the high levels of employment, there remains an economic gender gap and a need for women’s empowerment in Cambodia.

This gender gap is not only related to the unequal pay of women compared to men, but women in Cambodia often lack job opportunities and career versatility compared to their male counterparts. Women’s empowerment in Cambodia is paramount because it can have profound impacts on the number of individuals living in deep poverty.

Economic Inequality and Lack of Education

Women in Cambodia who fall under wage employment, make approximately 80.8 percent of men’s earnings. According to the World Bank, there is evidence that this wage gap is growing, from 20 percent in 2009 to 30 percent in 2011. Additionally, approximately 53 percent of women between the ages of 15 to 64, work in agriculture production. This is considered to be a vulnerable type of employment.

According to the International Labour Organization, vulnerable employment is the sum of own-account workers and unpaid contributing family workers. Vulnerable workers often have poor and inadequate working conditions and frequently live in deep poverty.

Women also often have less career versatility and opportunities compared to men due in part to a lack of education and low literacy rates.  In 2012, the literacy rate among women in Cambodia was 73.2 percent, an increase of nearly 13 percent in 2004. However, the literacy rates for men remain much higher at about 87 percent. Girls often tend to drop out of school in greater numbers compared to boys, in turn limiting their job potential later in life.

What can be done?

There are a number of obstacles to women’s empowerment in Cambodia, all of which are primarily related to education. In 2013, the Ministry of Women’s Affairs (MOWA) became more active in Cambodia, working to reduce poverty, improve health and raise educational levels for women. The goal of their work is to provide women with the necessary skills and resources and economically empower women in Cambodia.

The desperately needed economic women’s empowerment in Cambodia can be achieved through education. Once women are educated and empowered, more individuals and families can be lifted out of poverty and the livelihood of millions can improve.