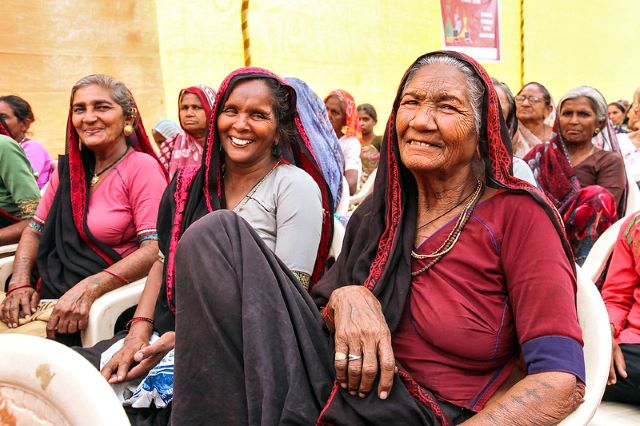 A staggering 2 billion impoverished people worldwide, particularly women, face financial and economic exclusion. Females are the most impoverished in the world and women earn on average only 60-75% of what men earn. Investing in women’s economic empowerment plays a crucial role in reducing poverty and establishing equality between men and women.

The 2017 National Security Strategy states that societies that empower women in their civic and economic lives are more prosperous and peaceful. Studies show that gender equality contributes to advancing economies and sustainable development as well as overall poverty reduction.

CARE defines women’s economic empowerment as the process by which women increase their rights to economic resources and power to make decisions that benefit themselves, their families and their communities. It is the transformative process that helps females move from limited economic power to possessing skills, resources and opportunities to compete equitably in markets and control economic gains. Women’s economic empowerment involves transforming the historically-limiting laws, policies, practices and norms through change and advocacy.

Discrimination and exploitation disproportionately affect women. Women often end up in low-wage jobs and fill very few senior positions. Without secure employment, women lose access to economic assets, such as land and loans, which limits opportunities to participate in economic and social policies. Furthermore, many women are responsible for the majority of housework, which leaves little time to pursue employment or other economic opportunities. On average, women devote between one and three hours more a day to housework than men and two to 10 times the amount of time a day to child, elderly and sick care.

Additionally, laws in many countries determine what jobs women can do or give men the right to prevent their wives from accepting jobs.

In October 2020, U.S. officials and 31 U.N. Member States virtually signed the Call to Action on Women’s Economic Empowerment, which encourages countries to address legal restrictions regarding women’s economic participation. Predictions are that if an equal number of men and women participate in the global economy, the gross domestic product (GDP) could increase by $12 trillion by 2025.

Improved financial security means women can afford health care, purchase essentials for their children and play a leadership role in their communities. Typically, women who decide where, when and how to spend their money see improvements in their social and economic status. Financially independent women also increase the level of resources devoted to their children.

Girl Power and the Future

There is strong evidence showing positive links between women’s economic empowerment and health outcomes for women and their families. This includes benefits in nutrition, better family planning and decreased maternal and child mortality. Other studies have found that increasing the share of income for women may provide greater investment in children’s education and result in reductions in gender-based violence. Overall, women’s economic empowerment benefits not just women but the entire world.